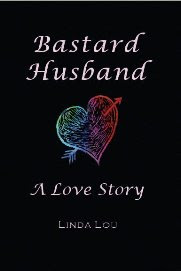 A week after I arrived in Sin City, I attended a divorce support group I found in the local newspaper listed between Cross-Dressers of Las Vegas and Friends and Family of Incarcerated People. (And I thought I had problems.) As I sat among a circle of strangers waiting for my turn to share, I glanced at the Absolutely No Swearing sign hanging from the ceiling and thought, “This will be a challenge.”

“I’m Linda,” I began, “I have no husband, no job, and you people are my only friends.” Everyone laughed at my pathetic truth.


Bastard Husband: A Love Story is a humorous account of my first year alone in Las Vegas after a midlife divorce from someone who was the perfect soulmate--until that one drink too many. The book is threaded with reflections of the relationship and shows how I transitioned from anger and sadness to doing stand-up comedy for the first time at age 46. Funny and sad, demented and poignant... all at the same time.


When I was a little girl in upstate New York, I dreamed of becoming a writer.  But did I dream of writing a book entitled Bastard Husband: A Love Story? Um, no.  Let me tell you how that came about.

I moved to Las Vegas in 2003.  Most people move to Sin City buoyant with anticipation.  I, however, arrived feeling depressed, deflated and alone.  I had just blown out the last flicker of hope for my marriage to my second husband, a charming Kiwi eight years my junior. He was perfect and I loved everything about him.  Until his thirteenth beer.

Determined to make a life for myself, I endured the frustrations of looking for a professional level position in a job market where valet parker and cocktail waitress are the coveted career options.  The dating scene proved to be equally disheartening.  When my first post-divorce date arrived at my door not with flowers in hand, but a brochure detailing his chronic mental condition, I couldn’t help but conclude I really know how to pick ‘em.

Though I would have preferred to sulk at home weeping over my video of Princess Di’s funeral, I forced myself to explore the Vegas nightlife. After several weeks of watching comics perform at an open mic venue, a voice in my head told me to go ahead and sign up for stage time.  Since that voice rarely turns out to be the voice of reason, I ignored it until it persisted to the point where I thought, why not?  No one in Las Vegas knew me, so what was there to lose?

Despite excruciating anxiety, I did well my first time on stage. I performed quite regularly, and though my neck would predictably blotch up, I never developed a sudden case of Tourette’s or lost control of bowel functions as I had feared.  I’ve been making people laugh ever since.

One of my biggest accomplishments came though the local writing community.  Although I’d worked as a technical writer for many years, I hadn’t explored creative expression until I joined the Henderson Writers Group, a critique group for writers in the Las Vegas Valley. With their help, I crafted my journal entries from my first year alone into what became my memoir, Bastard Husband: A Love Story.  The book was also the basis for my one-woman show which ran for 25 performances last spring. Since then, I've also had several personal essays published in anthologies including Chicken Soup for the Soul and I've recorded humorous essays for Northeast Public Radio.

Yes, the little cheerleader from Albany has come a long way. I will be forever grateful to my ex for leading me to my new life. Over the years, we've maintained a friendly connection (living in separate hemispheres helps!) and he's very supportive of my book. At the risk of sounding like the Pollyanna I can sometimes be, I believe everything really does happen for a reason. Most importantly, I've learned that in the end, your heart beats only for yourself.

Sometimes when I'm speaking to groups or I'm walking off stage after a comedy set, I catch myself marveling at the life I’ve created. And that’s the message I wish to share with others—that’s it’s never too late to identify your talents and share them with the rest of the world. When you believe in yourself and are willing to put forth some effort, anything is possible! 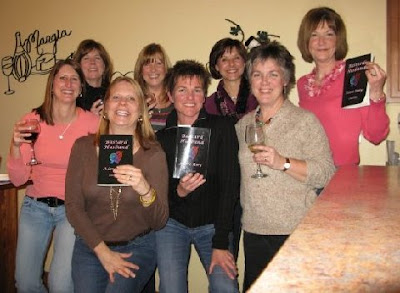 These are the good looking girls of the Fat Bastard Book Club of Oconomowoc, Wisconsin, who chose Bastard Husband: A Love Story as their first book club selection of 2010. I'm told it was the first book that everyone actually read (!), and I'm happy to report they gave it eight "thumbs up!"