From the mouth of a babe

This is one of my favorite pictures of my kids. Look at Courtney—she’s a pretty girl, huh? 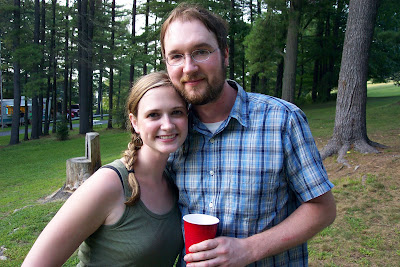 Yeah. Courtney is one of those beautiful girls who kind of doesn’t have a clue in everyday life. Like have you ever seen Jay Leno’s “Jaywalking” segment? Or remember how Howard Stern used to quiz those supermodels?

Howard: “At what temperature does water freeze?”
Supermodel: “You mean legally?”

You get the picture.

You know those little Japanese carts that you see people being pulled along in? Courtney got on one at a music festival in Albany, the side of which read, “www.albanyrickshaw.com.” At the end of the ride, the guy gave her his business card.

Oh, so that’s why she kept calling him “Rick.”

Not that I’m saying Courtney is the least bit stupid. She’s a freakin’ savant when it comes to music. A few years ago she picked up a guitar and within three months had a CD of songs she wrote herself. Just like that.

Here she is playing the guitar. And check out her MySpace—you’ll see I’m not kidding. She's a really talented songwriter. 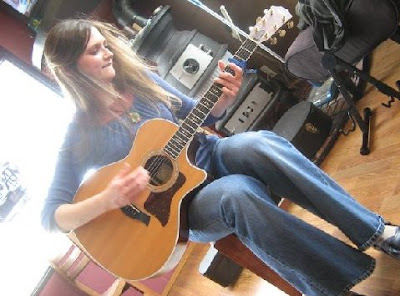 Okay, so yesterday my friend Susan told me she had Courtney and her boyfriend over for dinner Sunday night. After dinner, expressing her relief over the federal holiday the next day, Courtney let out a long sigh and said,

“Thank GOD Martin Luther King was shot on a Monday.”

Now, one of the many beautiful things about my precious girl is that she can laugh at herself. So when I talked to her last night, we cracked up together about her inane comment.

“Oh my God! Martin Luther King was shot on his BIRTHDAY?” 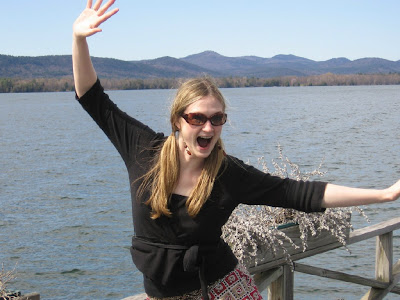 Courtney is beautiful. And precious.

Haha! Courtney's lines sound like they can be written into good sitcom material. She reminds me of the character Phoebe Buffay from "Friends"!

HA HA - she's adorable and very funny! It's a really good thing that she can laugh at herself!!!!! We should all be able to do that :)

I have a niece who's a lot like your daughter. Damn that girl cracks me up!

I'm so loving this story. She has a beautiful spirit, you can see it in the pics!

Love being a Mom to my fantastic kids too:)

Ahahahahahahaha...OMG I laughed out loud. I think I love her!

How about, "Sorry Nana, I have to stink up the bathroom," while I'm on the phone with a client?????? That out of the mouth of six-year-old Aiden! Yep, kid's say the darnest things!

They never get too old to still be cute. Courtney is so precious--one of a kind! Especially when she asks the waitress what kind of soup "du jour" is.

I was with Courtney when she met Rick Shaw. We were so close to peeing our pants. I also loved when she discovered there was a U in Saturday. She couldn't believe we already knew it. She is precious, beautiful, talented and a fresh page to be written on each day. We should all be so lucky!

That was funny! Your daughter is beautiful. Very cool about the guitar playing. So she entertains AND she plays music!

Thank you for that laugh! Courtney is a trip, just like her mom!

Sometimes I think there are a lot of Courtneys in this world. lol This post really had me laughing..

She could be friends with my daughter who thought the clocks on wall would stop working in February since "analog" was going "digital."

She is a blonde!

Wow. Getting shot on his birthday like that. That's got to suck. Could you post more of her lines, please? This would make an hysterical sidebar or regular feature. (Do always put in a link to her musical savant-osity to balance the "you've got to be kidding me" factor.) She should have her own reality show.