10 Reasons to Go to JazzFest Next Year

Okay, I promise this will be the last I talk about JazzFest for a while. I can’t help it, though; I just know that a lot of you love music as much as I do (Barbara, Debbie… I’m talkin’ to you) and so I want to do my best to convince you to check it out next year.

The New Orleans Jazz and Heritage Festival takes place at the same time every year—the last weekend of April and the first weekend of May. The lineup is usually posted sometime in January, so that gives you plenty of time to decide which weekend you want to attend and plan accordingly. (My sister Lori and I swear that some year we’ll make it both weekends.)

So here we go with my Top 10 reasons why you must go to JazzFest next year:

1. The music (duh). And it’s not just about jazz! I’m a 13-year veteran of this festival and I don’t even freakin’ like jazz. There are about 10 stages set up around the fairgrounds/racetrack (not too far from the French Quarter). You have the jazz tent, the gospel tent, the blues tent, and the main stage where the mainstream artists play.

I took these pictures of Neil Young off the jumbo screen. He was amazing! I didn’t recognize the song he started out with, but when he kicked into Cinnamon Girl, the crowd went wild. 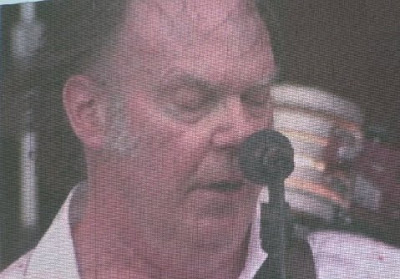 He played lots of favorites: Down by the River; My, My; Everybody Knows This Is Nowhere; Are You Ready for the Country; an extended version of Magic Touch; Heart of Gold; Old Man; The Needle and the Damage Done; Rockin in the Free World… His final encore was the Beatles’ A Day in the Life and at the end he just went f*cking nuts pulling out the strings of his guitar and shaking the goddamn thing. 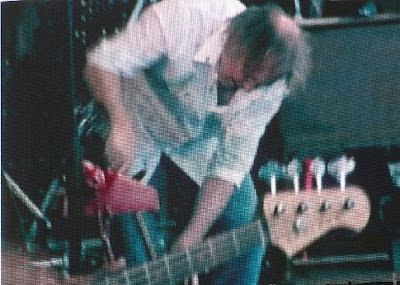 Incredible. I wish you were there.

There’s also a smaller mainstream stage on the other end (which I didn’t get to at all this year), at least one in the middle, a Congo Square stage, and my favorite: the Fais-Do-Do stage, which features homegrown zydeco and Cajun acts. 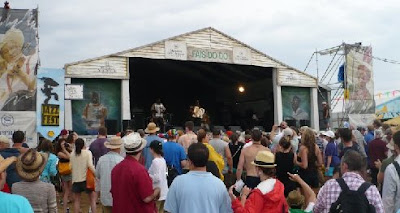 That's zydeco Mike on the washboard. I've seen him play with some other bands. Good times!

2. Beignets and café au lait in the gospel tent. This is tradition for us. Every morning we pick up our order from the Café du Monde vendor and have breakfast while listening to gospel singers. Yum.

We had a real treat during Saturday's breakfast. Look—these people got married at JazzFest! 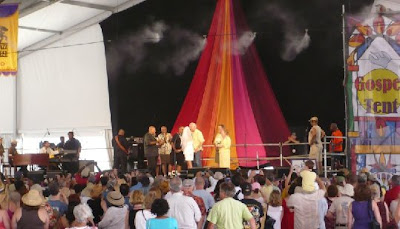 3. The rest of the food. There are rows of vendors selling the most delicious grub (and I’m not even a food person). I love the crawfish Monica, but you’ll have your favorite.

4. The prices. Ticket range from about $43- $50 per day, depending on how you order them. NOT BAD considering the festival runs from 11 a.m. – 7 p.m. each day. That’s like $6 an hour for the best entertainment on earth! The food is also priced reasonably—a big bowl of Monica was $7. Beer was $4 for Miller and Miller Lite and $5 for Fosters. Yeah, no good dark beer for this beer snob, but I can get down a Miller Lite in an emergency, and I did manage to have a few. (I know you saw my beer coozie necklace on Tuesday’s post, which you can purchase at the fest.) The thing is, except for the tents, there’s no shade and it can be hot as hell, so you really don’t want to drink too much. I think water was $3 and they do allow you to bring a liter in with you.

5. You get in your exercise. Don’t feel bad about all you eat and drink--you’re on your feet all day walking around and if you’re like me, you’ll be dancing your ass off. That’s the most fun way to burn calories—better than friggin’ Buns of Steel (sore subject)!

6. The craft vendors. Oh, man, I bought three hippie dresses and a cute little pocketbook—funky things I’d never be able to find in Vegas. Most of the shopping is within earshot of a stage, so you won’t have to miss any music.

7. The crowd. JazzFest people are awesome—you feel like you’re partying with 80,000 of your best friends. You see people of all ages; I’d say about 80 percent of the crowd is between 30 and 60, with 20 percent older and younger. Age and race don’t matter. Tattoos are everywhere. You don’t have to fret about what you’re wearing (although you do see a lot of cute sundresses and funky outfits). By the end of the day everyone looks like hell anyway. Look—I’m not wearing lipstick in this picture, and I don’t even care! 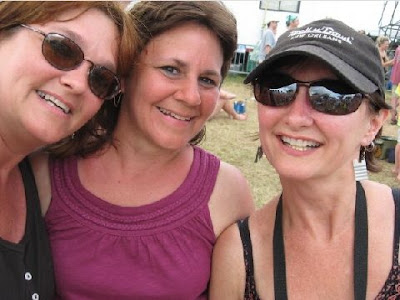 People are considerate and polite, and you never see anyone trashed or even tipsy. This is a crowd of nice, really behaved folks. The best people out there.

8. The festival is extremely well run. This year was the 40th anniversary—these people know what they’re doing. The music starts and ends on time. They have a general store in case you need batteries or sunscreen (yikes—you definitely need that) and there are plenty of medical personnel on hand who will even give you a Band-Aid for a blister. Security is non-intrusive (nothing like those a-holes in yellow shirts I used to see at the Saratoga Performing Arts Center). This event hums along.

9. You get in your primal scream therapy. It’s only a matter of time till you hear some performer command, SOMEBODY SCREAM!!! Instead of my usual concert, “Whooooooo!” I let out a tonsil-wavering “abduction scream” to the amusement my family and friends. My voice is shot at the moment, but it sure felt good at the time.

10. It’s all perfect. I’ve probably told you a million times that the universe unfolds in divine order, and sometimes that’s hard to believe. But when you’re at JazzFest in the middle of a swarm of zydeco dancers listening to the best music on earth, eating the best food, and grooving on the vibe… well, you can’t help but know that everything is indeed perfect. Even when you’re drinking shitty beer.

And don't forget--you're in New Orleans! Stay an extra day or two to check out the town. 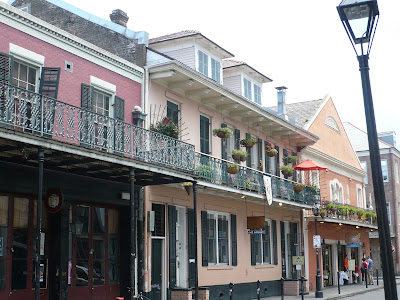 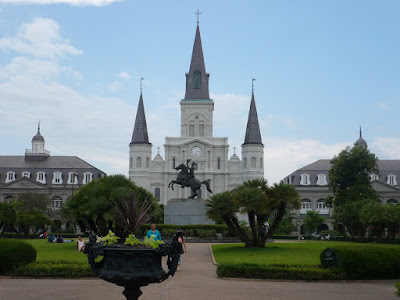 So have I convinced you? Huh?

I’m just planting the seed now; I’ll start nagging you about it in full force next February. And as my two ex-husbands, current boyfriend, countless ex-boyfriends, two wonderful kids and blogging BFF Hurricane Mikey will tell you, I’m a hell of a nag. But it’s all for your own good.

So will I see you there next year? Huh?

Sounds like a great time and as always your pictures are so great. Can't believe a couple got married there!

I don't like jazz music. But, I like to party, so I'm sure I'd find a way to have fun no matter what.

Great blog Linda Lou! This was my 11th Jazzfest and I plan to go every year till I die! I did 4 days of the fest this year and didn't have to hear any jazz! I heard, gospel, reggae (a Marley even), country (Sugarland), zydeco, blues, R&B, folk and Tony Bennett. I'll put him in a category of his own. How about Bonnie Raitt singing Angel From Montgomery! My Jazzfest surprise was Theresa Andersson-with 2 Ss. She was incredible! What a great fest it was! I am already looking forward to next year. Let's try to do both weekends......

Sounds like a ton of fun. I've wanted to go to New Oreleans and this would be a perfect getaway!!

Welcome back, Linda. Sounds like you had a great time!

And no voice? Why aren't we hangin' out tonight????? Heh... j/k. You know I love that drunken Cyndi Lauper twang of yours!

Is it a bit ironic that the word verification for that last post was the word 'prick'?

Oh, again with the Cyndi Lauper! The funny thing is, people in Idaho tell my mother that she sounds like Cyndi Lauper. I think she actually sounds like a combination of Cyndi and Barbara Walters. Imagine that...

Oh I could be in! I love jazz music!

Does that make you the love child of Cyndi Lauper and Barbara Walters? I hope you have a fantastic Mother's Day here in Idaho - I look for you as I stroll the Farmer's Market with my kids. That is my gift this year - along with a trip to Flying Pie Pizza. Yep, we do it up big here in Idaho!

Thanks for sharing your passion about the JazzFest with us.