WHAT??? Is Boise cooler than Las Vegas?

I had a really nice weekend in Boise. I went up there to spend Mother’s Day with Mom and Stepdaddy. Look at this cute little house they just bought. It’s perfect for them, don’t you think? 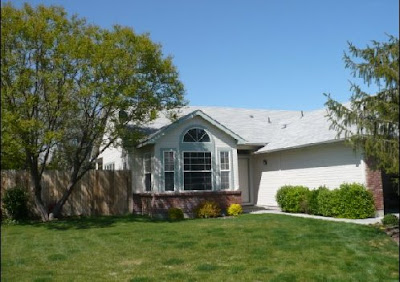 This is when I have to wonder why anyone would possibly be interested in seeing my mother’s new house, but I’ll betcha anything some of you actually are. Oh, hell… here’s one of Stepdaddy watching TV. 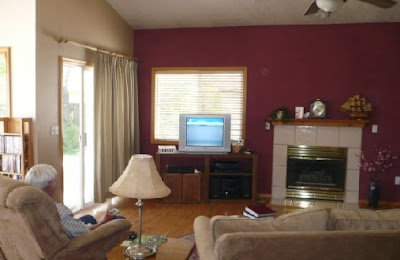 Anyway, Saturday I helped move furniture around and unpacked some boxes and then Saturday night I dragged the folks to my favorite movie theater on earth: The Flicks in downtown Boise. 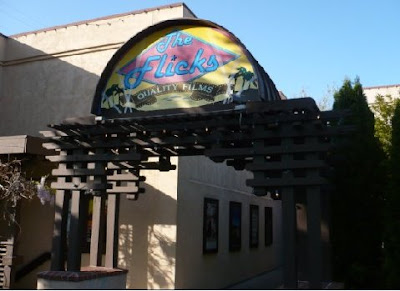 I’ve told you about The Flicks before. It’s a funky place that shows independent films, but the best part of all is… well, take a look at what they have in their concession stand. 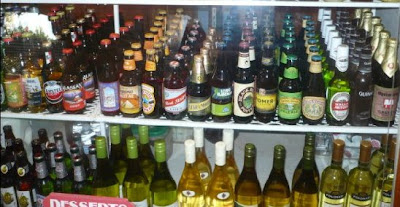 Can you believe all those lovely microbrews? They also serve baked goods and other stuff, and oh yeah, popcorn. I’m telling you, this is the coolest place! If you get there early, you can sit out on their patio before your show starts. Here’s Mom, with her big-ass tub of popcorn, and Stepdaddy, with his Black Butte Porter. (Mine is in the foreground.) 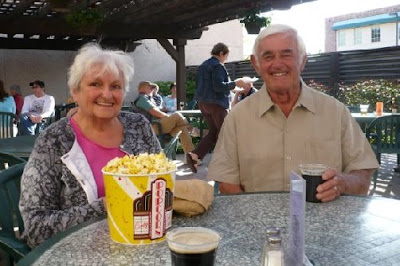 So my question is, why the hell can’t we have a place like this in Las Vegas? Not that I have to have a beer every waking moment, but there is something very cool about enjoying a nice dark microbrew while you’re watching a movie. I mean, this is Sin City, for Christsakes! But the saddest thing is, we don’t even have a theater here dedicated to independent films. Sure, a few of the chains have a couple of screens for the art-house types, but it’s not the same.

I hate to say this, but I am seriously starting to think Boise is cooler than Las Vegas. Boise! I know, it’s full of Mormons and there’s nobody darker than an Italian, but they have a neat little downtown area with lots of coffeehouses, bars, shops, and restaurants, and… okay, this is the tipping point. Yesterday I saw on Pollstar that Sonic Youth, one of my favorite bands to see live, will be playing in Boise on July 23.

Are they coming to Las Vegas? NO!

This is pissing me off. I saw Sonic Youth at the House of Blues in Mandalay Bay a few years ago, but do you think they could make a stop here on this tour? I’ve also seen Lucinda Williams a couple of times at the House of Blues, but next month beloved boyfriend and I will have to travel to Mesa, Arizona, to see her because she’s not stopping in Las Vegas, either. (I’ll make the best of it--we’re planning a nice weekend in Sedona. Schwing!) And remember, we had to travel to Phoenix last month to see Leonard Cohen.

My point is, I can see Cher or Tom Jones or Barry Bloody Manilow anytime I want. Or—God help us—the Spin Doctors are coming to town on May 21. As if.

So Boise is surpassing Las Vegas in coolness, and it’s even rubbing off on Mom. Sunday morning I got out of the shower to find her grooving to a broadcast of Farm Aid on Direct TV. John Mellencamp was performing.

Me: “He‘s in great shape, don’t you think? Especially since he has to be about 57 or 58.”
Mom: ”Yeah, but who’s that little rat that moves all over the stage?”
Me: ”Mom, do not tell me you’re referring to Bruce Springsteen as ‘that little rat.’”
Mom: ”No, no! You know, the little rat that praces all around.”
Me: ”Oh, Mick Jagger?”
Mom: "Yeah, Mick Jagger. I like him. I’d love to go to his concert.

Well, she'll have to come down to Vegas to see the Rolling Stones since they're still playing the venues here. But maybe I can turn her on to Sonic Youth.

Your mom at a Rolling Stones concert - now THAT'S a picture I'd like to see!!! (BTW: She and Stepdaddy are like so totally WAY cute, dude!!!)

Mick Jagger is a rat? Hahaha Your mom is a riot... I saw the Stones in concert back in the early 80's in Tempe at Sun Devil Stadium.. Awesome concert!

Think I will check out Boise online and see what it's all about. The larger cities are just becoming way too generic.

I didn't know Boise was crawling with Mormons. Go figure! I think the entire world is crawling with them. I can't seem to get away from them. Their kinda like Walmart, they're taking over the world.

Love that your mom is into Mick Jaggar - hilarious! Boise really is a wonderful place and you can't turn a corner without seeing an LDS Church (especially in the rural areas.) Truth be told it makes for such a friendly safe community to live in. (pardon the generalization) Your love for Canadians? That is how I feel about my mormons. Now if only they would sit down and have an ice cold microbrew with me!
We have italians? Who let them in?

@ Di: Definitely check out Boise. You'd be surprised how nice it is. Who knew?

@ Other Mikey's Julie: I guess one gal's Canadians is another gal's Mormons--ha! I know what you mean about them keeping the crime rate down, but living in Utah for 10 months is nothing I'd want to experience again. I'm too pro gay rights and pro beer for that religion! And we should get together next time I'm visiting--I'd love to meet you!

LOL Got to let Boise have some of the fun!

Your mom is so cute. She looks like she'd have a fun time at a Mick Jagger concert. That may be her Mother's day gift next year????

You are the first person I have ever heard complain about the lack of booze in Vegas compared to other places! Ha ha! If I took every drink offered to me in Vegas, my liver would have pickled years ago!

I've decided that Vegas is a crappy place to see concerts. Driving to PHX to see Brother Jimmy this week, even though he'll be here on Friday.

Sandi won't be making it up to Vegas and I'm pretty sure that I can't either. Boo's birthday is on the 22nd and I can't see not being there to celebrate his fiftieth birthday. I will get out there though.

Boise is a really great place to live, work and play! We have (almost) everything here. Downtown is vibrant, and there is always something going on. You won't find people pushing their religion on you. You will find strangers smiling and saying hello. Check us out!

And that CCD and Sandi are standing us up? LOL

BTW, your parents are too sweet.

Your Mom and step daddy are soooo cute!!!

Nine days lady. Not sure yet which day I can come as it will only be over night. But, I'll be there man!!!

I love the Rolling Stones, but I recently watched a concert (from '83 or so) on television and it was just crazy.
Mick was dressed in some outrageous getup and jumping all over the stage - he was almost on the verge of obnoxious.
I can totally jam out to their albums, but when it comes to watching them perform live... I kind of feel like the focus is on Mick's antics instead of the actual music/instruments.
Just sayin'! ;)

Oh my you and your Mom look alike. And you both have a hell of a smile. Cute house and I love the red feature wall! Your Mom would be younger than the Rolling Stones I think - not sure I couldstand to see them I find thm a little too scary - god knows how they managed to stay alive!