Did you happen to see the Love Story reunion on an Oprah rerun yesterday?   I remember seeing Love Story in the theater as a kid, and was happy to hear that neither Oprah nor Ali MacGraw ever understood what "Love means never having to say you're sorry" was all about.  Even when I first heard that as a 13-year-old, I thought, "WTF is that supposed to mean?" (Except, of course, "WTF" wasn't invented yet.)

It's freaky to think that Love Story was released over 40 years ago, in 1970.  Even freakier--Ali MacGraw is now 72 and Ryan O'Neal just turned 70.  Man!  Ali MacGraw's Yoga Mind and Body DVD is one of my all-time favorites, so I expected her to look good--yoga is the closest thing we have to the fountain of youth.  I'm not sure the hair style she's had probably since high school is the best look for someone over 70, but who the hell am I of all people to comment on someone's hair? 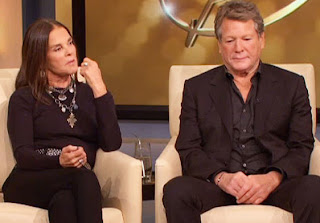 I always thought Ryan O'Neal was cute--God help me, I can't resist those Irish men--but let me tell you, I thought he looked pretty damn scary.  I took this photo of him on Oprah with my iPhone. 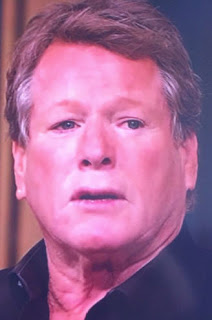 I don't know what the hell he's done to his face, (actually, this picture doesn't quite capture the horror), but he looked like he belongs in a burn ward.  Seeing him prompted me to post this plea on Facebook:


To my male friends: PLEASE just say no to Botox and other plastic surgery. Have you seen Ryan O'Neal lately? Your face should reflect a lifetime of expressions, not look like it was smoothed over by a Zamboni. Lines and wrinkled are cool, guys! (But does the same standard apply to women?)

I like Ryan O'Neal, but he looks like a goddamn freak.  One of the cute Irish-guy actors on Guiding Light ruined his face in the same way, and he's only my age or maybe a year younger.  It's such as shame, especially because yeah, I do think there's a bit of a double standard for women, which is an even stronger case for men to leave their faces alone.   (Don't get me started on Meg Ryan...)

I'll bet you anything Ryan O'Neal would still look cute if he had just let himself age naturally.  Crow's feet and lines add character; why sand them down?   Look at this extemely handsome 53-year-old. 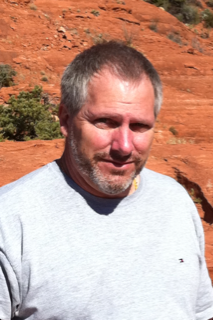 And hey, here's another example of natural beauty.  Can you believe Mom is going to be 77 next month?  Holy crap! 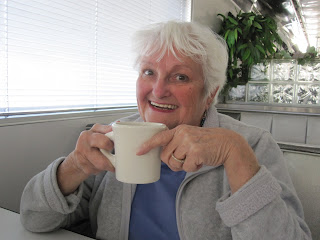 That said, I will probably be Mom's age when I finally stop dying my hair.  There will be no Botox for me, but I'll be the L'Oreal poster girl for another 20 years.  And I'll probably be like Ali MacGraw and have my high school hairdo at age 70.

How about you?  Could you mess with your face?  Could you let your hair go gray?  Is there a double standard for women?  Let it rip, people!

There are all kinds of double standards between men and women and there have been since the dawn of time, I think. I'm not sure that there is one though, when it comes to aging and appearance, especially pertaining to the entertainment industry. I'm not opposed to the idea of having "a little work" done, after all my eyelids practically hang down OVER my eyes, but what is happening now is very nearly obscene (how DO you spell that word??!) Most celebs who start that whole vicious cycle end up looking like freaks! Joan Rivers? Phyllis Diller?? Ryan O'Neal??? Even those who don't do a lot, do not end up looking better OR younger! Carol Burnett? Mary Tyler Moore?? I understand that performers' looks have a lot to do with the amount of work they get, but hell, folks, no one will believe you if you try to play a character that is 40 years younger than you are! Ingenues and leading men roles won't ever come their way again, no matter how many surgeries they have!

The fact is that no one can reach age 65 or 70 and beyond (your mom looks terrific by the way!), without time and gravity taking their toll. Still, I'd rather have the face of a woman who has lived a real life and has earned every single one of her wrinkles, than to become a caricature of a 25 year old face on a 65 year old body and end up frightening small children!

I guess I really didn't respond to your question about double standards. It is, however, becoming increasing obvious that is not just women who are trying desperately to look young. And not to be mean or anything, but it doesn't look any better on men than it does on women! Did you look at O'Neal's neck???!!

This youth obsession has gone too far...period!

Oh, just one little comment about Ali McGraw's hairstyle....I am amazed she hasn't died of boredom wearing the SAME HAIRDO SINCE HIGH SCHOOL! How ever does she stand it!??

I have been coloring my hair for a while now. Because my hair started to get darker then when I was younger then the gray started to come in. So now I don't think I will stop dying my hair.

Then the face thing that is all natural and I will never do that. I seen what it had been doing to the actor and singers. That is just wrong to me. You think Ryan O'Neal looks bad look at a picture of Kenny Rogers. He looks even worse with it done. It don't even look like him anymore. Doing that to your body at all is just wrong.

I began dying my Italian brunette locks when I was 29. Reason? The greys started cropping up. I felt 29 was a little young for that business. I was newly married. I still color. Womean aren't distinguished with grey, as men are. As for the Botox, I will never add Cow injections or whatever it's made of...to my face. I do however, get a facial one in a blue moon and I am moisturizing like crazy. Roc wrinkle night cream has become a dear friend as well. Botox, Rystline, etc... is not for me.I am going to let me wrinkles flow...

Hey girlfriend - I did Botox for a while, maybe a year and a half. Truthfully, I LOVED IT. But, it's expensive and I was afraid that if I did it for too long and then had to stop my entire face would fall off and look like a prune so I stopped. As for the hair, I have the blonde thing and it looks really good and I love it BUT I HATE HAVING TO GO IN AND DO THE ROOTS AND DO THE HIGHLIGHTS AND DO THE BASE AND IT'S A FREAKING FORTUNE. When I was unemployed I had no choice to let it all grow out and I must say that my grey is exactly where you'd want it to be ... temples and top. Actually quite nice but I looked 70 years old. Eventually I hope to get to that place what I don't care at all if I'm fat and grey and wrinkled ... that pic of your mom says it all ... she looks happy, joyful, beautiful. I wanna be like that!
XOXO
Deb

i hate pain (discomfort), so Botox is a "no". plus, i really hope i can be okay with the aging process. Your mom looks beautiful, my mother was beautiful, her mother was exquisite until the day she died.

Most celebrities just look scarey to me, after a certain age. it all seems so desperate. it really scares me when they look like different people (Lara Flynn Boyle, for example).

the guy i'm seeing will be 56 next month. i think he's beautiful -- an outdoorsy, former hippie contractor. i'm trying to picture him with botox. now that's funny!

First off your mom looks beautiful!

We do have a double standard but most men look better in their fiftys than women do .........maybe though it's us (women) being to hard on ourselves and other women.

I love my hair dyed and would love to have something done to my eyes but I'm too scared! My lucky the doctores would screw something up!

Hell yes there's a double standard! So it makes no sense that so many men are getting their faces fixed only to look like freaks when they would look fine with the natural aging process. Ryan looks hideous, I feel sad for him. Do you think they know how bad they look? Do they actually think they look good like this?

As for me, I plan to get filler in the huge crease between my eyes if I can every afford it. But I've been wearing sunscreen daily since I was in my late 20's so I'm doing good on the aging process. I have my hair colored every 6 weeks - roots lightened and a weave. I just now started getting gray at 51. I will not stop coloring my hair for a long, long time, if ever :)