"Laughing and crying... it's the same release"

I don't think I've ever experienced such sadness and joy in one day.

Chuck's funeral was last Friday morning. The most moving part, and I think I speak for everyone, was the eulogy by our friend Tim. It was perfect--funny and poignant.  I can't believe he was able to maintain the composure to deliver it; he didn't choke up until the very last word.  I thought of Elton John singing "Candle in the Wind" at Princess Di's funeral--how did he do it? Tim really hit it out of the park. He gave us all a wonderful gift.

Tim relayed a story about Chuck that I think you'll get a kick out of. Unless he was at work or had a special occasion, our boy Chuckie spent his entire life wearing Chuck Taylor Converse sneakers.  Years ago, he got wind of a rumor that they were about to discontinue his favorite line of white high-tops, so Chuck got proactive. He had his wife, Carmela, get online (Chuck wasn't much for the Internet) and order something like 28 pairs, based on his calculated life expectancy.  The Converse people called the house.  "Did you really mean to order 28 pairs, all size 10?" they asked. Yup.  Chuck would be set for life.

I think Carmela said there were nine pairs left. Chuck was buried in a new pair, and the pallbearers all got a pair to wear as they carried their brother, uncle, and friend. At 6'4", Tim had to rush order his size 12's online. I guess Converse didn't discontinue them after all, they probably thought twice after Chuck's massive order.

The final good-bye at the grave site is always the toughest, and three generations of my family--my ex and I, our kids, and our grandson sobbed together for our beloved Chuckie. After the service, Chuck's parents' house was filled with food, family and friends. As things were winding up there, we decided we'd head over to the Washington Tavern.  On the way, two carloads of us stopped at Chuck and Carmela's house so Carmela and their daughter, Jess, could change into something more comfortable.  The eight of us filed in and before we knew it, a spontaneous party had erupted. We never got out of there.

The vibe was more relaxed than the after-service gathering and the beer continued to flow.  People would laugh and cry, often at the same time, but mostly the house was filled with laughter. Some of us were in the kitchen; I mostly sat on the living room couch and took in the scene. Chuck's Homer Simpson doll wearing his New York Giants hat...  flowers replacing the oxygen tanks that had been lined up against the wall... Chuck's guitar, which had been idle for months, propped back in the corner...  That was all it took to make me tear up. But when I closed my eyes, all I heard was sounds of joy.

We broke into Chuck's album collection--yes, with an actual, operational turntable!--and blasted a good dose of Little Feat, Jackson Browne's Late for the Sky and For Everyman, and Warren Zevon's self-titled album and Excitable Boy.  Jess and Courtney have known each other their whole lives, and it touched my heart to see our daughters laughing and dancing and acting crazy.  During a slow song, Courtney took a break and sank in on the couch next to me.  "This may sound weird, Mom," she said, "but this is the greatest night of my life!"

I could see why she'd say that; she was surrounded by people who'd known and loved her since birth and she loved them as well. Forget any generation gap--we're all dear friends.  It was a magical evening.  By having such a blast, we were doing exactly what Chuck would have wanted.

And the flowers... they were all over. Jess told us that the night before, she twirled around the living room, in the middle of flowers everywhere. "I felt like a princess," she said. "My dad still made me feel like a princess." 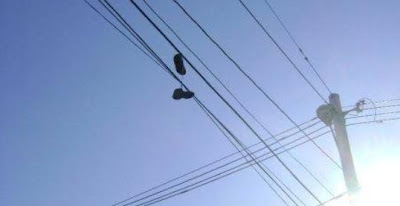 Oh Linda, I am so sorry for your family's (since it's clear your friends and family are one and the same) loss.

I think the one benefit, for lack of a better word, about death, is that it (usually) brings people together in a deeper and more meaningful way than any other event can. Your post demonstrated just that.

Oh Linda...I did not even know Chuckie, but I found myself crying. Your post was so touching. Blessings to you for knowing such a great guy and Blessings to him for having so many love him. I am so sad for your loss but so happy you experienced such joy.

Linda- I've been tuning in to your blog from time to time but never had the urge to jump in until now. I remember Chuck. He dated Patty, my sister for a while before she found her true love. I remember contra dancing on a hillside, out in the country. Was it a wedding? I believe you and Chris may have been with us. I remember his gentle spirit and his smile, sitting in my mom's kitchen. How special it is when we can recall a soul who only came into our lives only briefly and learn that they gentled their way intoa profoundly loving life. There's nothing better than to grieve their absence with the same gently, spirited love.

Well written. Thanks for sharing such an intimate personal moment. I can see it all as I am reading it.
My condolences.

to add to your lyrics from a different singer, "That's the way love goes." You love someone with all your heart, your mourn them with all your heart, and if you're very very lucky you have an evening like this where all things Chuckie are brought alive again and celebrated generously. It sounds ecstatic and yes, C. would have loved the way you all remembered him with such joy and gladness. Love the Converse story and how the pall bearers wore them -- THAT is a funeral, dear. What a wonderful guy he must have been to have such a wide circle of love around him. You honor him with the depth of your feelings.

Thanks for wonderfully sharing the events of such a special day with all of us. I can't think of a better way to remember your friend.

Thank you, all, for your lovely sentiments. So very appreciated.

This is so beautiful, Linda. Thank you so very much for putting your experience into words. Yes....some moments are filled with such great joy and sadness at the same time. As Courtney said these really are the "the greatest" times of our lives. Love you! Laurie

So beautiful Linda!
I think this is what we'd all like when we go, a good party in our name.
Better still, a lot of good parties before we go, and then one last hurrah!
((hugs))

What a beautiful party to celebrate Chuck's life. I'm so very sad that you all were there together to say goodbye but yet, the best part of it was that you were all together. My thoughts are with you all.

Damn girl. Now I'm sitting here laughing and crying too. There is no better testament to a live well lived, than what Chuck's friends and family showed him on that day. We should all live our lives in hope of having a sendoff that full of love.