Partyin' it up, Boise style

Well, I had another fun weekend in Idaho and we were so busy this visit, we didn’t even have a chance to break out the Scrabble Deluxe.

My sister Lori flew in from Albany earlier in the week and since Wednesday was Stepdaddy’s 74th birthday, they decided to have a bash for him on Saturday night. I know that partying in Boise with a bunch of senior citizens may not sound like fun, but these are cool folks. You can tell by the wine bottle, right? 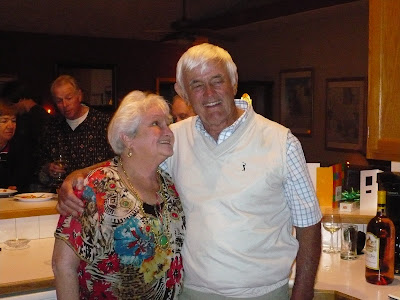 This lady’s name is Donna and she used to own a biker bar in Pocatello. 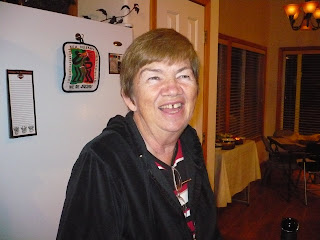 She told us about when the Hells Angels came to town and how she 86ed a biker who later rode right through the front door and into her bar to ask her how long he was banned. She got in his face and said, “Forever!” and then he rode right back out. I think she could have kicked his ass.

Here’s Mom and her girlfriends. I love these gals and not just because they told me they liked my book. 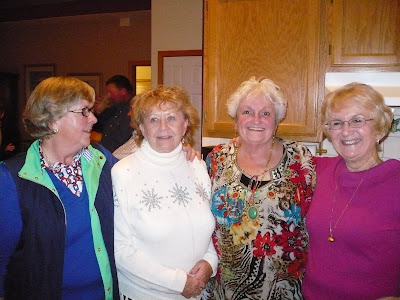 Mom moved to Idaho from Albany about five and a half years ago—about a year after I moved to Vegas. Like me, she’s found that people out West are friendly as hell. How’s that for a generalization? But it’s a good one.

(Can you freakin’ believe you’re reading a blog post about a septuagenarian’s birthday party?)

Lori is a nut when it comes to cooking and they had enough food to feed the whole local AARP chapter. Here she is with Mom. 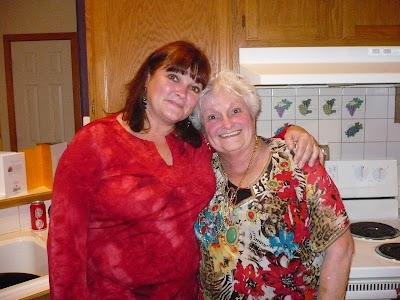 The music was excellent—my son-in-law’s band, Red Haired Strangers, just released a new juke joint/honky-tonk/bluegrass CD which played throughout the night. But the best part was that Lori and I got to meet our stepsister, Cindy. Here she is with her husband, Traig, their awesome son, Cale, and Stepdaddy. Isn't she adorable? 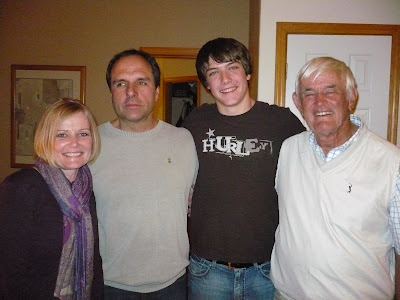 They live up in Manhattan, Montana, and when I heard them talking about other family members—Brea, Paisley, Sackett, and Gage—I thought who the hell named you people, Sarah Palin? They were so nice, and it really was a thrill to finally meet them.

But hey, it wasn't all party-party. Lori, Stepdaddy and I managed to get in some exercise. That morning, the three of us took a walk around the 'hood. It was like 32 degrees, but nice and sunny. We came across this house for sale on our walk. 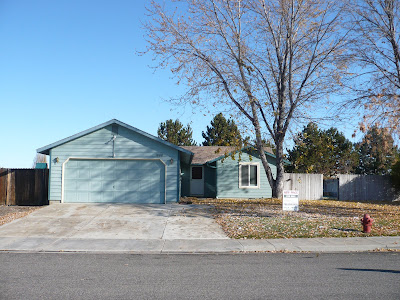 Wait, what's the name of the Realtor? 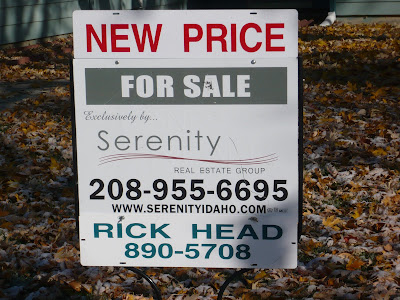 BAH-ha-ha-ha! You're never too old to laugh at a name like that, are you?

Reading this blog totally made my day. Thanks for the laughs. I love your family!

I'm so glad you had a fun time with family! Those are always the best times. :)

hahahah great sign! Glad you had a great time!

You seems to be humorous person. Glad to know that you had great fun and enjoyment. It was nice going through your blog. colonialgifts.co.uk

YOU KILL ME! Your blog should be required reading for anyone that needs to laugh and/or feel better and be entertained. Rick Head. HA

Looks like you had a fabulous time! I love partying with old people. They have fun and have no regrets!

But did the band know the Ray Sharpe classic, "Linda Lou"?

Hey, at least Mr. Head didn't go by "Dick". Your Palin line was the best thing I read all day.

HAHAHAHA. This was all good. Can't beat fun with family.