Another brilliant thought during my commute to work

I have a pretty long commute to work these days. And by pretty, I do mean pretty. I travel through rolling hills of rural Albany County to get to downtown Schenectady (um, not so pretty), where my office is. (In case you missed it, I landed a great 3-month tech writing gig. But don't worry--it's just for the summer and I'll be Vegas Linda Lou again in no time.)

Anyway, here are some pictures I took at 50 mph when I should have had both hands on the steering wheel. 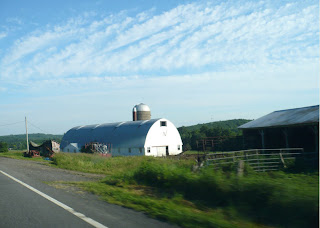 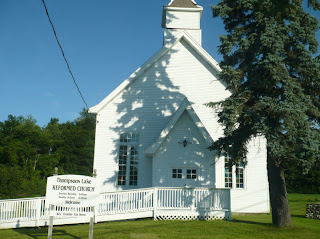 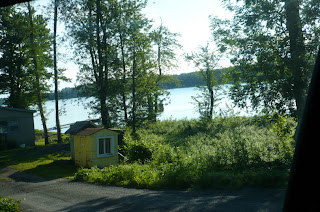 The other day on my way home I made a music video with a song from Crazy Heart in the background, but wouldn't you know, my damn phone won't upload it and don't tell me it's user error. I'm beginning to think I own an $80/month piece-o-shit brick.

Anyway, the other day I passed a cop off the side of the road waiting for speeders. Lucky for me, I don't speed on country roads. That's just plain stupid, especially when you're taking pictures and making music videos.

In order to get into the police academy, prospective cops should a) be at least six feet tall, and b) be packing at least six inches below the belt.

That would take care of a lot, don't you think?

I'm adding that to my "If I were queen" list.

Sweetie, those are my requirements for dating *any* man.

Not that I ever actually meet the requirements but still...I have goals.

Beautiful shots. Summer in upstate NY is so lovely. As for your cop requirements, hmm, that's kinda harsh for a woman producing multimedia extravaganzas while motoring.

Please watch out for motorcycles on the pretty country road....

Also, I'd like to ad to the police academy requirement:

I think that would take care of a lot.

Hey Linda,
Try a walk through Jackson's Gardens on the Union College Campus during a lunch break. You'll find it an oasis in the middle of the city.