Tomorrow I turn 53. I should be much more mature, no?

So tomorrow is my birthday again. Doesn’t it seem like I just had my birthday last year? Man, time flies. Anyway, for today’s post I thought I’d recap the major events of the past year, and what a year it’s been!

October 2009 – the release of my book, Bastard Husband: A Love Story. That was one big freakin’ accomplishment, five years in the making. It took three years to write—I toiled over every. single. word—and then I queried agents for two years before I decided to self-publish. Hell, it was doing nobody any good sitting in my laptop! At least once a week I hear from someone who’s taken the time to email me to say how much they’ve enjoyed it. I had a fantastic book release party in the showroom of Alexis Park Resort, just off the Las Vegas Strip, and hosted by Hurricane Mikey.  I read excerpts and had an overall amazing time. This led to…

February 2010 – the opening of The D Words, my one-woman show based on my book. I did 22 performances during February and March. Positively surreal. If anyone had ever told me I’d have my own Las Vegas show I’d be like, what are you smoking? I’ll resurrect it in some other incarnation sometime in the future—I’m toying with some ideas.

March 2010 – the Blackwell Sinners at Roots Fest in Albany, NY. The Blackwell Sinners are a family band—my daughter, Courtney; son, Christopher; their dad, Chris; and Courtney’s husband, John. There’s nothing that brings me more joy than watching my kids play their music, and I do mean their music—they write their own stuff. I could burst with pride. Check out and "like" their page on Facebook.  Listen to their songs, too!
﻿
﻿April 2010 – the birth of Hazel. She is so beautiful, I could melt. 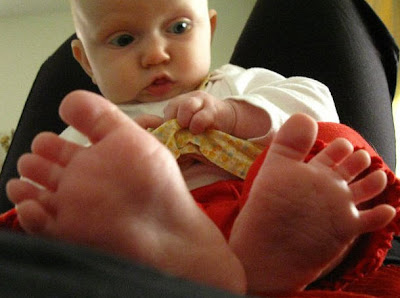 March through May – Purgefest 2010. Within a couple of months, I got rid of all the crap that no longer served me and put the rest in storage. So liberating! I gave up the beautiful apartment I’d been in for seven years and trusted I’d be moving on to someplace even better. I quit my job, which I’d been miserable in for years, and again trusted something better would come my way. I replaced my beloved 1996 Saturn with a brand new Scion and realized there’s another car out there I could love even more. 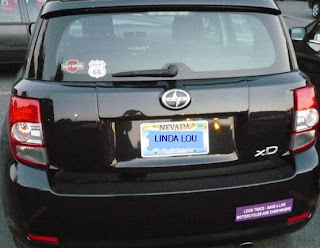 And in my new Scion I had…

May 2010 – the ultimate sister cross-country road trip. Twelve days on the road with my sister Lori, stopping at every Harley dealership and biker bar from Vegas to Albany, laughing our asses off with each passing mile. From standing on a corner in Winslow, Arizona, to Santa Fe and Albuquerque to Cadillac Ranch and North America’s largest cross in Texas to Oklahoma City to Beale Street and Graceland in Memphis to Helen Keller’s birthplace to the world’s largest lost luggage store to Nashville and Asheville to playing bingo in Virginia and then finally zipping up to Albany to meet my new… whew!

Remember when my sister Lori got struck by a giant arrow outside the Indian casino in New Mexico? 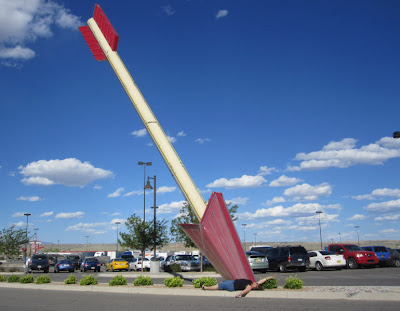 June 2010 – a fun new job. Three weeks after I landed in Albany I started a three-month contract job doing technical writing. My coworkers are a blast and my boss is awesome. I’m still waiting to hear whether I’ll be able to continue on and work virtually when I return to Vegas next month—fingers crossed!

Summer 2010 – time with family and friends. It’s been wonderful being back in Albany. I’ve so enjoyed spending quality time with my 11-year-old grandson, Connor, before he hits the teen years and is too cool to be with Granny. 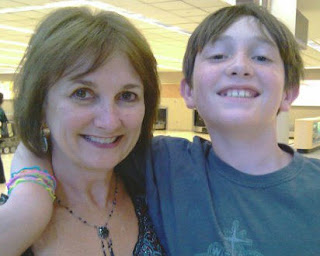 God bless my friends Tim and Susan for putting me up for months on end in their beautiful country home. 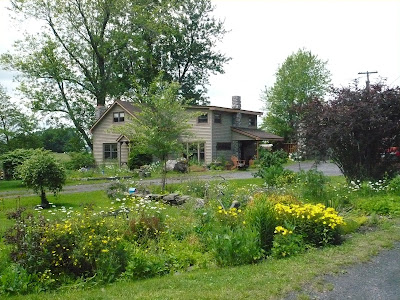 August 2010 – recorded essays for Northeast Public Radio. This has been a twinkle in my eye for ages, and finally I took the steps to make it happen. They haven’t aired yet—I’ll let you know when they do! Now I need to approach the NPR affiliate when I get back to Vegas.

August 2010 – excerpts from my book were selected to be included in an anthology. Oil and Water… and Other Things that Don’t Mix is expected to be released this month. All proceeds from sales (ebook and print) will go directly to registered charities with an active role in helping to clean up the effects of the Gulf oil spill.

September 2010 – my trip to Maine. I just told you about that last week. So much fun!

All year – This year I also had took a couple of trips to Boise to see Mom and Stepdaddy. I give thanks for their continued good health every day.  Mike and I had a great Valentine’s Day getaway to Zion National Park in Utah and our relationship is stronger than ever. I can’t wait to start our life together when I go back to Vegas for good next month. I’ve seen lots of great movies and music, and have enjoyed good health myself. I am blessed with the best family and friends ever, including you virtual friends whom I have yet to meet. I’m a lucky gal.

Yep, it’s been quite a year. Tomorrow I turn 53. Holy shit, huh? I should be much more mature.

a big happy xxoo smooch from me to you. I wish I could do it in person, but then I might not stop!

More mature? Absolutely no! you are perfect just as you are--loveable and funny as hell. Happy Birthday and may this year be as great as your last one!

Happy Birthday! You are two years and 7 days older than I am. I hope you never get "mature", I sure don't plan on it. Love you and your blog and your life!

Happy Birthday to you
Squashed Tomatoes and Stew
I saw a Fat Monkey
And I thought it was You!

That's the extent of my maturity right there.

Have a good one

My thoughts are exactly the same as Lorna's... more mature? you're perfect as you are.
Have a wonderful birthday, and I hope the coming year is as exciting and fulfilling for you.

Celebrate, my friend! You've had a great year and I know that there are many more to come. You seriously do not look 53 and I'm not just saying it.

Look back over that year. If you "needed" to be anything other than exactly who you are, do you think the dice would be rolling so well for you? I figure the answer's no and you know it, even if you're too modest to say so. Happy birthday.

Happy Birthday dear friend! I would say you have quite an eventful year!!! May all your wishes come true!

Wow. Some great and exciting year! May your 53rd year be even better.

Happy happy birthday to you. You look beautiful AND you are a very beautiful person

Hope you had a great birthday, Linda. Many more.

Looking forward to seeing you back in LV.

OK I texted you on your birthday so that should cancel out the fact that I'm a day late getting to your blog to wish you a very happy one!

I wanna be you when I grow up. With bigger boobs though.