My great idea for a reality show

Did I ever tell you my brilliant idea for a reality show? If anyone knows a TV executive, maybe you could pass this on. We’ll split the royalties.

Okay… you know that TV show Little People, Big World on TLC? It's a reality show about two "little people" who have a family of four kids and one of them, named Zach, is a little person, too. Well, I feel sorry for Zach, but not because he's a dwarf. (By the way, that’s the politically correct term—not midget—even though “dwarf” sounds a hundred times more offensive, don't you think? I saw the little person father on Oprah and he said that midget is the "M word." News to me; I always thought the M word was "marriage.")

Anyway, the reason I feel sorry for Zach is because he's the only kid in the family who, let's face it, can't beat the crap out of his parents. And you know damn well that's exactly what his "traditionally sized" siblings are doing once the cameras stop rolling. I guarantee you, the mom and dad are covered with bruises; you just don't see them because of makeup.

I mean, can you imagine having parents two feet smaller than you?

"Curfew? I think not! Do my homework? No, YOU do my homework. And clean my room while you’re at it or I will drop-kick your ass into the next yard.” 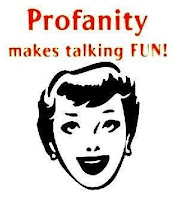 And here's the twist: Unlike the Little People family where all the kids are normal except one, this show will have only one kid who is normal and we'll feel sorry for that kid because while his brothers and sisters are calling their parents sh*t-head motherf*ckers right to their faces with absolutely no consequences whatsoever, the poor "verbally appropriate" kid has to bite his tongue to the point where, in the season finale, he actually bites it off.

OMG, are you as excited about this as I am?

A little early in the day to be nippin' at the hooch, don't you think, Linda?

LMAO! You are a stand-up!

Using the handicapped to entertain us. How sad and low can we go in this society. No morals anywhere!Would anyone like to volunteer their family for the pilot? I don't think so.

I have a son with Tourette's Syndrome and he is always devastated by ignorant comments like yours.

If you can't find anything else to joke about, then it's time to hang it up sister.

OMG like totally excited! You so crack me the fudge up!!! HA

I think you have a winner!

@ SJC: What makes one person laugh is nothing but an insult to someone else; the comments here demonstrate that clearly. It’s said that two percent of people will be offended by anything you say or do. Humor writers, in particular, risk offending others. If our goal is to not offend a single person, we wouldn’t be able to speak or write anything. Please accept my apologies and know that certainly no offense was intended toward your son. However, given the often politically incorrect and cheeky nature of this site, I don’t think it’s a good one for you.

I love your new show idea! I watch the show True Life on MTV and they did an episode about teenagers living with tourettes. It was really crazy.

I hope you see me on the Red Carpet someday too!!