Dude, where's my %@$*! car? and a fun reunion with friends from the crazy years

Every time I get off a plane after a cross-country flight, I express my amazement that after just a few hours, you can be transported to a totally different place and time. I left sunny and hot Las Vegas Saturday afternoon at 12:40 Pacific time and arrived in the dark at the Albany airport at about 8:15 Eastern time. It blows my mind.

I had a ton of shit with me this trip—two big-ass rolling suitcases (does anyone still use that word?) and another rolling bag with my two laptops. A ton of heavy shit.

I was psyched to get into Albany a few minutes early since I was meeting a bunch of friends from college (SUNY Plattsburgh) up in North Creek in the Adirondacks, which is about an hour and a half drive.  As it was, I wouldn’t get up there until after 10 p.m.

My poor sister Lori. Not only will she do anything for me, she does do EVERYTHING for me. So of course, she’s the one who dropped my car off in the short-term lot before my arrival so I could head up the Northway as soon as I got into town. I told her to send me a text with the row she parked it in, but when I checked my phone after landing, there was nothing.

I called her again—voicemail. I called Russ again—voicemail. Jesus H. I decided to lug my heavy freakin’ bags to the open lot across the road from the terminal. Nope, not in there. Eff. I start to lug my shit into the garage, but it’s full and when I try beeping my keys (something I could never do with my Saturn, by the way), I hear nothing. God dammit.

I call her again—voicemail. I call Russ again—voicemail. Jesus Christ, where the fuck is my car? I call Courtney because I need to let off steam because God knows I don’t have a friggin’ iota of patience when it comes to anything. (If you follow me on Facebook, you know I nearly murdered someone in the library last week.)  Courtney agrees with me that certainly Lori wouldn’t drop the ball, but again, where the fuck is my car?

After what seems to be an eternity, but was probably only another 10 minutes, Lori calls me (she and Russ were at a wedding) and tells me where my car is and that she texted me right when she dropped it off. But what the hell happened? I hang up and I’m about ready to cry from dragging these freakin’ bags around, but I finally see my cute little Scion. About a minute later, I get two texts from Lori—one saying, “Let me know that all is fine” and the other one that says, “I left your car inside short-term parking in the second row. I wish I could be there when you get in. Have fun tonight.”

Yes, the texts came at the same time. The second one must have pushed the first one through. Beloved iPhone, how could you?  Whatever. The moral of the story is, when doing a cross-country flight, be aware it may take a while for your text messages to catch up with you.

Anyway, I made it up north in record time and had a nice cold Lake Placid Ubu Ale at Laura's bar in North Creek with seven old friends from the crazy years.  That night we stayed in a lodge at Chatimack Lake.  You don't see this kind of decor in Las Vegas, do ya? 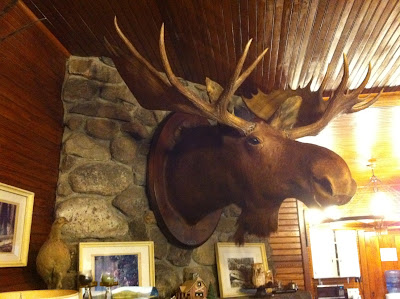 The next day was overcast, but not rainy, so we took an hour and a half hike in the woods around the lake. 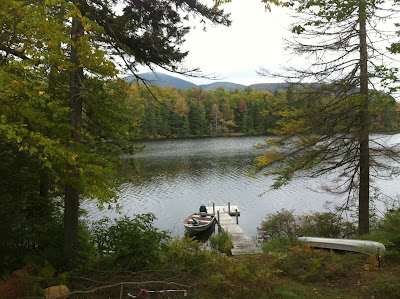 Here are some of my friends at a lean-to.  Can you believe people actually sleep in those things?  I mean overnight!  I'm like, where's the freakin' door?  Animals can just walk right up to you and lick you when you sleep.  Not to mention you're in full view of any ax murderers. Hello? Does the name Robert Garrow ring a bell? 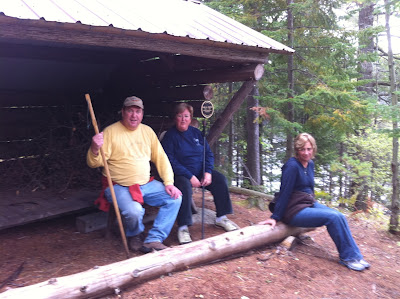 The Adirondacks are beautiful, but you know what?  I'm not a walk in the woods kind of girl.  I'm too claustrophobic.  Nope, give me the open West any time--I love my dusty brown neighborhood.  I'm definitely a desert girl! 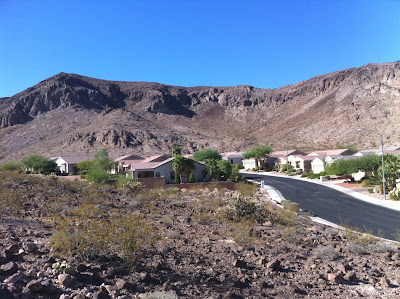 What a difference two weeks makes--the trees are starting to change here in Albany and it's noticeably colder than when I left.  I miss Las Vegas already.

Linda, there's a reason you are a comedienne. I LOVE you! Loved this post, so funny, and so related to the over half the thinking, lol. Glad you found your car and I must scroll back through facebook and see what poor library patron almost lost his/her life last week...

Oh good Lord I probably would have gone bonkers!!! Glad you found your car.

And I'm glad you had fun with your friends! It looks beautiful out there. That moose head cracks my fudge up. Makes me think Fargo.