Still sleeping around... this time in Lake Placid, NY

Thanks to all of you who sent birthday wishes here and on my Facebook page--I had a FANTASTIC birthday!

It was a gorgeous weekend here in the Northeast, and Saturday afternoon my daughter, Courtney, and I packed an overnight bag and took the kids for a spur-of-the-moment birthday trip. But to where? As we approached I-90 I said, “We gotta make a decision now. North, south, east or west?”

We decided we’d head north and instead of targeting Lake George, we went balls to the wall and ended up in Lake Placid. What a beautiful ride up there. 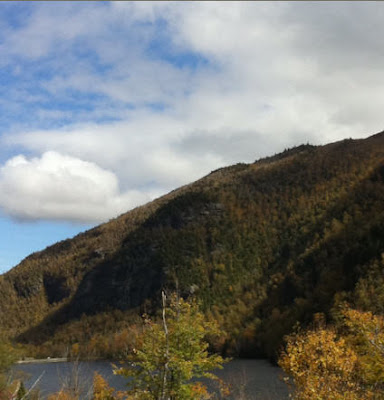 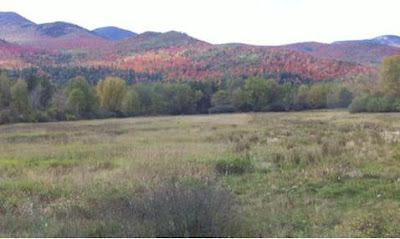 Yeah, beautiful until Courtney started singing this song to the tune of “For He’s a Jolly Good Fellow.”

We rode into town just before dark, and evidently everyone and his Canadian brother planned a Lake Placid destination that night. Hotel after motel were not only sold out, but they all told us the entire North Country was booked. Yeah, whatever. We’ll deal with that minor detail after we get some dinner at this little Mexican restaurant on the main drag.

A little Asian woman greets us at the door. “Chinese, Japanese, or Mexican?” she asks.

The little lady apologizes that she doesn’t have a high chair for Baby Hazel as she hands us “the Mexican menu.” Courtney and I look at each other with the same thought: Just how good can this “Mexican” food be?

“Mom, I think Hazey really needs a high chair,” Courtney says. And 10 minutes later we were down the street in a cozy steakhouse with Hazel perched in a high chair.

Dinner was delicious, but we still had that little problem of where we’d be lying our heads for the night. Our waiter brought us a phone book and after a few unsuccessful calls, I had a hunch to call one of the hotels that said they were filled earlier.

YES! They had a cancellation for a room right on the lake and so we buzzed right over to the Golden Arrow Lakeside Resort.  They wanted an arm and a leg for the room, but we were pretty desperate.  Nonetheless, I asked for a AAA discount. Nope. AARP discount? Nope. Pretty girl discount? Nope. Not even the day before my birthday? Still nope.  I couldn't even get a late check out from the guy at the desk.  Jeez, could I be losing my mojo?

Grrrr…. I took the room anyway—it was better than driving back to Albany. Hazel went to sleep and Courtney, Connor and I sat around telling stories and laughing and we each enjoyed a Lake Placid 46’er Ale. Well, not Connor. He drank water.

The room was nothing special, but in the morning when we saw the view from our balcony, I realized it was worth every cent. 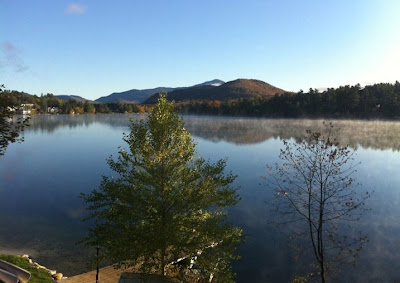 You know what's not so beautiful?  Me in the morning.  Looks like poor Connor got my "morning hair" gene. 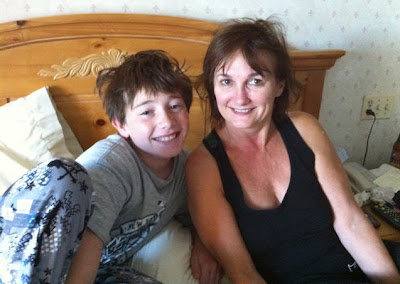 And on the other end of the spectrum, look at these two.  Now, that's beautiful. 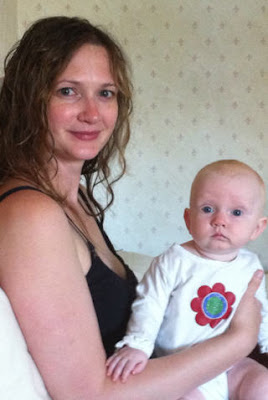 Lake Placid is a cute little town, and if you've never been, it's definitely worth the trip.  There are lots of cute little shops and restaurants and all kinds of hiking and athletic-type stuff.  (Whatever.) Next time I'd like to drive up to the summit of nearby Whiteface Mountain. Yes, I said drive up.

We got back into Albany around 4 p.m. on Sunday (my birthday) and couldn't believe all the ground we covered in 24 hours.  Afer I dropped off Courtney, Connor and Hazel, I headed over to my son's house to hang out with him and his girlfriend, Ketti.  Those two are so freakin' adorable.  They still have their cable converter box (yes, they're the ones!), but with that laptop Christopher was toting around, it looks like they're finally in the twenty-first century. 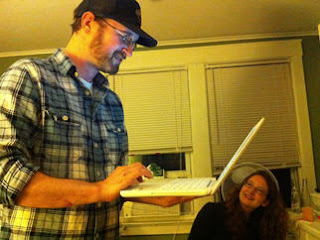 I had a wonderful birthday weekend, which began on Friday night with a happy hour gathering at my sister Lori's house.  Fun, fun, fun!  I am so very grateful to have so many people who care about me--I truly feel loved!

Thanks again to all!  XOXO

I believe the Northway (I-87 from Albany to the NY/Quebec border) is one of the most beautiful stretches of interstate in the country. I have very fond memories of driving from the Keene/Upper Jay exit down to Latham, NY to see Chicago live with my father in 1993 and 1994. It may sound really odd, but I LOVE that stretch of Interstate!

Reading your post even got me a little homesick. The wife, spudlet, & I were just in Lake Placid back in July. My parents live just an hour northwest of Placid so we actually went to LP twice while we were up there visiting.

Glad you had such a great time!

Yeah, I love that stretch of highway, too! I went to college up in Plattsburgh, so that route brought back meany memories. The North Country is beautiful!

Not meany memories, MANY memories. Jeez...

Now that's what I call celebrating...with all of the family and loved ones close by. Hazel is growing up so fast. You are one lucky ducky grandma!! Precious grandbabies and kids too. (Even though they aren't really kids.)

Yep, I am blessed out of my freakin' mind!

"Chinese, Japanese or Mexican," I've been laughing about that for hours...

We won't be hearing that song at all on the next cross country trip. I will be driving every mile again! We all know-Whose the craziest driver? Too freakin funny Courtnet!