My cousin's fascinating account of the earthquake in Christchurch

Since the earthquake struck in Christchurch, New Zealand, on Monday, quite a few of my friends have asked me if beloved Bastard Husband is okay.  I actually haven't heard from him in a few months, but since he's on the north island, I imagine he's fine. 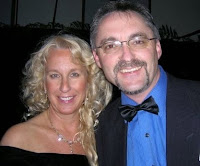 My second cousin, Laurie, with whom I've reconnected after nearly 40 years through the beauty of Facebook , also married a Kiwi.  She and her husband, John, live in Christchurch, not far from the epicenter of this disasterous event.  They share a Facebook page, and I want to share with you their recent posts.

We are ok, but were almost killed, especially John who escaped serious injury or death by inches/seconds. Our story below. Our house is completely destroyed in Mt Pleasant near to epicentre. It hit like a bomb without warning and was incredibly violent. EVERYTHING in our home... is smashed, incl our car.

We were both home when it hit at 12.51pm. It was much more violent than 4 Sept by 5x in Mt Pleasant because we were nearer the epicentre and it was much more shallow. Our drive is ruptured and displaced; every brick on the exterior is down, every room is trashed, outdoor staircases are buckled and ruined, the house has shifted and will have to be demolished, most windows are smashed, garden flattened. 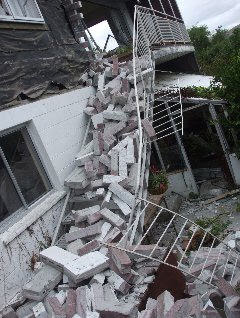 Laurie was in the kitchen and immediately sheltered in the doorway. You can see how the entire kitchen is filled with debris, including cabinets ripped from the walls. 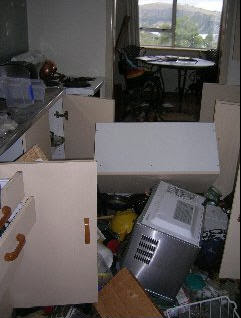 John was on the lounge couch that is almost out the wall. He leapt up and met laurie in the kitchen doorway as the house broke a...part. Glass and debris exploded around John as he leapt (like some action movie). He had glass in his hair. Laurie has cut feet. A large dagger of glass from a snapped glass door stabbed down into the couch exactly where John was. When it was done, we climbed out the front door over rubble and gathered with our neighbours at top of the hill, where we prayed and thanked God we were all safe.

It is hard to register this movie we are living in, is beautiful Chch. We drove several hours looking for family members we could not locate. There are tanks on the streets. Liquification is everywhere (mud volcanoes erupting like pimples from the ground) burying cars from below, up to their... axles. A dust haze hangs in the air. Some streets are flooded, roads are cracked and broken. 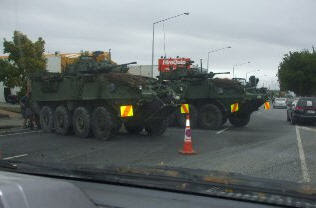 
We've had a good sleep on the floor of John's sister's house last night. the city continues to shake quite a bit, but we're pretty used to this now. It's a beautiful sunny day in Chch, so that will cheer everyone, but the dust from the liquifaction will rise over the city and water is already a bit of an issue. The Avon is grey and silty. Bexley is flooded. It took 2 hrs to drive Mt Pleasant to St Albans.

We are relocated. Our cells and emails are intact as we have managed to patch-in the internet (dialup only so far).

RIP our missing Christian friend Wally TaiRakena, presumed killed in his language school along with 20 japanese nationals in their international language school in the CTV building that collapsed. To confirm, but rescuers have moved on from this site with dogs and infrared cameras. No contact for 36 hours from anyone and looking at the site, impossible to survive.

Helicopters, planes, sirens and alarms continue to punctuate our fair city, deeply scarred by this assault.

Can you imagine what it must be like to experience such devastation, and in a flash like that?  As I said, I haven't seen my cousin in almost 40 years, but she seems so sweet.   I know I've been asking you to remember some people in your prayers lately--would you mind adding a couple more to your list?

What a compelling account. I don't know how I would handle myself in such a tragedy; I hope to never have too. My prayers and thoughts are with them.

Sending thoughts and prayers to them, and all affected....

Wow! Your cousin and her husband were really fortunate to survive the devastation. Their house does seem to pretty much in pieces but things can be easily replaced. It is a very compelling account of the tragedy. Thanks for sharing it.

I love reading your blog every week, so what a surprise and blessing to see our Facebook account on your blog. Thank you so very much for your love, prayers and concern. We are fine and Christchurch is full of beautiful people helping each other. Hugs to you, Laurie and John P.S. I'm about to start a new job in 2 weeks! Flight Attendant for Air New Zealand! Yay! 52 year -old American chick starting a new career! One of these days I WIll fly to Vegas ;-)

oh, I am wishing them all good luck. I was in a 7.1 in Northern California, only miles from the epicenter 20 years ago. Our entire downtown was destroyed, the house I lived in filled with broken windows, and the kitchen knee deep in the contents from the cupboard. Many many aftershocks for days. It's a horrible experience.

Oh wow! How horrible but they both seem to have such positive attitudes!