You know I'm an oddball; no duh, right?  (How can I still be saying "duh" at this age?) (Whatever.)  Anyway, I had a fantastic Super Bowl Sunday, and of course it had nothing to do with a football game.

Mike had the kids this weekend, and by Sunday morning let's just say I was ready for some Linda "alone time."  Every once in a while I get a hankering for a McDonald's Big Breakfast, so that was my first stop of the day.  As luck would have it, someone left a Sunday New York Times on the table.  Awesome.

Maybe you saw my post on Facebook--I'm eating and reading and then this man comes up to me, strikes up a conversation and within a minute asks me for my phone number.  He was nice enough... and probably a couple of years older than my mother.  Is there a polite way to say I prefer men born in the Eisenhower/Kennedy years, or at least from the same historical era?  Still, I appreciate his asking.

After breakfast, I decided to work off those sinful calories by taking a little jaunt up the McDonald Ranch City View Trail.  It always looks the same, no matter what time of year, but I love it!  And don't think I ever forget to thank Jesus, Buddah and Bono every time I'm out in shorts and a tank top in the middle of winter. 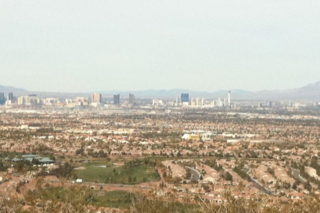 Then I came home, showered, and went through my 40-step beautification process (freakin' exhausting!) and then headed out to where all the cool folks go on Super Bowl Sunday:  the library.  The library on West Sahara was having an event called "A Feast of Conversation" put on by Dr. Loren Ekroth, a former professor of communication studies.  I had no idea what to expect, but I've been on his mailing list for a while so I thought, it's Super Bowl Sunday--what the hell?

What a fabulous event it was!  After a short ice breaker, we were all paired off and were directed to sit across from each other at a table.  We were then given a menu which included appetizers, "proverbial" soups and salads, entrees, and desserts; under each course heading were many possible topics of conversation.  The intention was for each of us to pick a topic under each section and... have a conversation.

Well, I hit the jackpot with my conversation partner.  He was a cool, retired widower named David who'd worked in Hollywood for years as a publicist.  You're not going to believe this, but I didn't ask him if he knew my celebrity girl-crush, Beverly D'Angelo--I must be slipping.  Anyway, he was a fascinating guy.  Here are a few samples form the menu which David and I discussed.

Appetizers (15 minutes):  A famous place you'd like to visit
Proverbial soups and salads (20 minutes):  "Better to light a candle than curse the darkness"
Entrees (30 minutes):  "For peace of mind, we need to resign as general manager of the universe" and "Do not wait; the time will never be 'just right.'"
Desserts (15 minutes):  Favorite music that delights you

It was so much fun--kind of like speed dating, except without the dating aspect and you talked to only one person the whole time.  Like I said, David was really interesting and I now have a new friend. Who worked in Hollywood.  Who may know Anne Heche and could ask her to play me in the movie version of Bastard Husband: A Love Story. Just saying.

So then after that, I decided to go to the movie theater in the plaza near the library, but I first stopped at a little pizza joint and ate half three quarters of a freakin' pizza.  Yes, with a diet of McDonald's and pizza, I wonder why I don't lose weight.  Hey, if you've ever wondered what a movie theater looks like on Super Bowl Sunday, here you go: 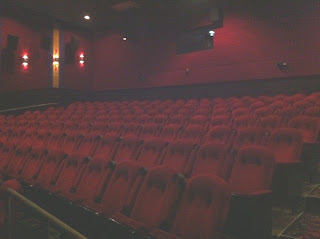 Now, you know me; there's nothing that makes me happier than sitting in an empty theater with no one I can bitch at for talking or breathing too loud.  A couple of people came in, but they were really quiet, and then two women sat in the aisle in front of me and started yakking away and I was all poised to bite their freakin' heads off, but they did shut up after they settled in.  Good thing, huh?

The movie was Rabbit Hole, and even though it was a slice-of-life movie about a couple who's lost their 4-year-old son in an accident, it wasn't as depressing as you might think.  And holy crap, can I just say that Nicole Kidman gets more beautiful with age?   I have totally repressed from my memory that she was married to Tom Cruise.  I bet she has, too. 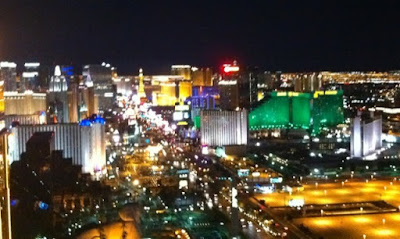 And then I went home. Whew!

So that was my Super Bowl Sunday.  How was yours?

Had a fine day hanging out with the fam, watching the game, laughing at the commercials, and finally succumbed to everyone telling I'm missing out, so I watched 'Glee'. Very funny, and now it goes into the regular rotation.

My plan was to go and hike the Couchville Lake trail (2 miles) before the game, but 1) the weather didn't cooperate, and 2) I was running late.

Still a pretty good day, though.

@ Anonymous: Okay, you outed me. To make some extra bucks, I'm working the Sunday afternoon shift, aka the D-List of stripping.

Wow, Linda! I went to the movies, too. Conclusive proof that great minds obviously think alike. I saw THE GREEN HORNET 3D and was the only person in this cavernous theater. I loved it.

Hope all is well back in LV. Are you still going to the HWG meetings? Tell them hi for me.

Worked...7p to 7a. Only time I saw the game was when I looked up from doing whatever I was doing at a patient's bedside. Would of rather been at the movies too!

@ Mike: I go to meetings now and then. I'll certainly tell everyone hi from you.

@ Jamie: I'm assuming you're a nurse, doctor, or other medical professional. If so, God bless you. You're a true hero.