This and that, newsletter style

New job update.  Well, guess what?  My work-at-home dream job has been postponed for "a few weeks."  Nothing I can do about it but growl and hope that I don't get another email saying, "a few more weeks." Or "after the first of the year."  They've hired on a bunch of us instructional designers throughout the country--I guess it's a huge project and they want to make sure they have everything in place before the project launches.  Fair enough, but just in case it really doesn't start in "a few weeks," I'm following up on the other prospects that coincidentally came to the surface when I got the offer.  Sigh.  The good news is, even if something else does come through, I can work that job part-time. You know, in my free time between writing a book, doing comedy, being a wife, etc., etc...

Conversation the other night at dinner with Mike's 7-year-old:

New book update:  I read a few pages of the new book I'm working on at this week's meeting of the Henderson Writers Group and I'm happy to report it was very well received.  It's going to be a collection of ruminations on a variety of topics such as love, work, family, etc.  I'm pulling from four years of blog posts, essays and articles I've written, my stand-up material, as well as new stuff.  The writers at the meeting thought it was hilarious.  Working title is I'm a Mess, You're a Mess.  What do you think?

I need your opinion!  I'm doing a little informal research here for the book.  Do you ever catch yourself checking out a someone who's obviously older than you?  What caught your eye?  Leave a comment or email me at linda@bastardhusband.com. 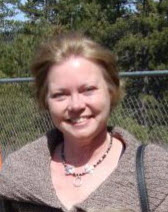 Inspiring blog for you to check out.  I've written several times about my dear friend Lisa McGlaun.  Lisa is one of the nicest people I've ever met, and not annoyingly nice, if you know what I mean.  She's a beautiful and talented writer, and she just started a new blog, Dispatches from Planet Pink,  about her journey (I hate that word, but it kind of fits) with her July 2010 breast cancer diagnosis.  Don't think, "Who the hell wants to read about something so depressing?"  Her posts are so well written and they're truly enlightening, though they're hard to read without hoping the content never applies to you.  Sadly, we all seem to know someone who's been down that road.  As of this writing, she has four posts; my advice is to start from the beginning and make your way up.  Check it out--you can't help but love her!

Old book update.  You probably saw at the top of the page that this weekend I'm participating in a Kindle promotion and will be offering my memoir, Bastard Husband: A Love Story, for free on Saturday and Sunday, November 10 and 11.  You don't need to have a Kindle--you can also download to your iPhone, iPad, or PC.  I did this promotion back in September--and kept it under the radar to test it out--and the results were amazing.  I sold tons of books, I mean e-books, and got some really nice emails from readers.  Fingers crossed for this time!

Funny joke I heard.   People are always telling me jokes, adding, "You can use that" just like Rich Little did Sunday night.  (He, of course, was kidding.)  A friend at the writers' group meeting told me this one.


Eighty-year-old guy walks into a singles' bar, approaches a woman and says, "Do I come here often?"

That made me laugh! But any (good) comic would like the world to know that we'd never perform anything that's already "out there."  Funny as they may be.

Have a great rest of the week and weekend!

Holy Cow! Thank you, Linda. You know I love you. At least, I hope you do. Thank you for linking to my blog. Cancer is a very depressing subject that's why I'm writing in a conversational tone. Each post is packed with links to go more deeply into the subjects that concern cancer patients and their families. However, my main goal, besides accurate information, is the expression of emotions that most cancer patients hold in for fear of hurting someone they know or fear for their own lives. I want to give people as safe place to explore those feelings.

Hugs! It was great to see you this past Monday.

Just curious as what you mean by "older"? Older as in 5-10 years or older as in, that guy is probably old enough to be my dad or grandad?