My friend Chuck, who was very sick and in need of a kidney-liver transplant, passed away Friday night en route from a hospital in Albany to another hospital in Boston.  He put up a good fight right to the end.

I'm back in Albany. I made flight arrangements Friday morning when I heard his condition was critical, hoping I'd cancel them when he got the call that there was a bed available for him in the hospital in Boston where the transplant would take place. At that point, he wasn't strong enough for the surgery, but the plan was to get him to Boston, where they would get him healthy enough to endure the procedure, and then he'd be there when the donor organs became available.

So I was thrilled when I got word Friday afternoon that he was on his way. Yes, I knew he'd still have a long road ahead of him, but he'd be one step closer to the goal. Then I got a call Friday night from a friend who told me he'd gone into cardiac arrest on the highway and that I should wait before canceling my flight.  My sister Lori called an hour later to say our Chuckie was gone.

I speak for everyone who knew him when I say our hearts are broken. Chuck was the greatest guy--a "man's man" into the New York Giants and other manly stuff, and funny as hell.  I mean, look at him.  Is that a guy you'd want to be friends with or what? 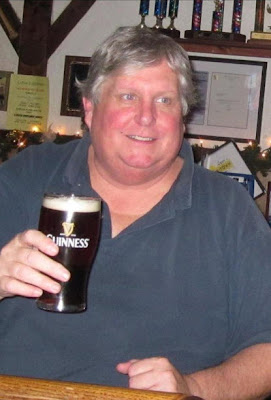 Chuck's been a friend for a long, long time. We moved into 8 Lincoln Ave. in 1968; Chuck lived across the street at 7 Lincoln Ave.  My younger siblings don't remember a world without Chuck. He introduced me to my first husband, Chris--if it weren't for Chuck, there'd be no Christopher and Courtney. Or Connor or Hazel.


In addition to so many friends who loved him, Chuck leaves his wife of 27 years, my dear friend Carmela, and their daughter, Jess.  Lori, Chris, and I were at their house last night, and I thought about how every Sunday night I'm in town I'd sit myself in front of their TV to watch The Simpsons and Family Guy with Chuck.  Not last night, though.

There are no words to describe the sadness we all feel.  The wake is Thursday night and the funeral is Friday. I'm afraid the city of Albany will be flooded with tears. Our beloved Chuckie has left us.

If there's any bright side, I get to spend some time with this little one. I don't want to say something goofy like, "Life goes on," but it does.  In time, the hole in my heart will again fill with happiness. 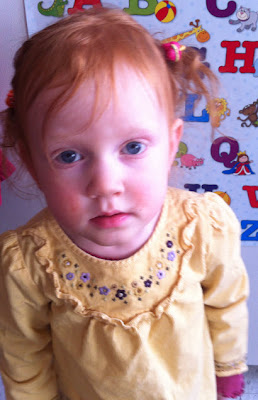 Love every minute, my friends.

Oh I'm so sorry. Losing such a good friend is so painful.

Sorry to hear the news.

You've written a beautiful tribute to your friend, Linda. So right that you are there to mourn with his family and friends and to give him a proper send-off.

Sorry for your loss.

Aw Linda, I feel your sadness, and my heart goes out to you.
Life is so hard sometimes; your Chuck looks like such a bundle of fun. It's a shame that his life has ended so young.
Take care, love and light going your way esp for Thursday/Friday.

R.I.P. Chuck. I'm terribly sorry for your loss. It sounds like Chuck was a really great guy.
:-(
xo jj

I'm sorry for your loss, babe. We lost Michael's Dad suddenly last week so I've been out of town dealing with all of that stuff myself.

You feel like a friend even though we have never met, so I really am sorry for your loss.
Cassie, Edmonton, AB

So very sorry for your loss. Sending you a virtual hug. xoxo

So sorry for your loss Linda.

Linda, I am so late with this but I am so sorry for your loss. I too, lost my dear cousin last week - he was more of a brother. I still feel drained emotionally. Will be driving to Tucson for his memorial this Friday (Feb. 8 - my birthday of all days). You know my stepdaughter had a kidney transplant in 2009. She's doing very well now but has had her challenges.

I am so sorry your Chuck did not get to have his transplant, I really am. Who knows why we lose such good people so young and to such horrible circumstances.

Sending you lots of love through the ether my friend.

I just sat here reading your blog and am so sorry you lost Chuck. Wow, that is truly a lifetime friend and what a great guy. I also can't believe how big Miss Hazel is getting, she's precious.

linda seeing your page and those great eyes took me back to 1975 you are a special person always had a place in my heart but i never said anything dropping you off after a game or out to the pub to the black and white house , i wish i look deeper into your eyes,, your friend mike mcelroy