If you could live anywhere, where would that be?

Have you ever traveled somewhere and thought, "Wow, I could totally live here"?

You know I've traveled pretty extensively throughout the U.S.  I've also been to Ireland (around the Ring of Kerry), the north island of New Zealand, and to the major Canadian cities of Toronto, Montreal, Vancouver, and Victoria.

There's only a handful of places, though, where I have actually imagined myself living on a day-to-day basis.

Prescott, Arizona.  This one's at the top of my list.  It's a funky little city just a few hours from Las Vegas and not far at all from Sedona and Jerome--two of my all-time favorite places to visit.  Prescott has a cute and vibrant downtown with tons of restaurants and bars with live music.  They always seem to have a full calendar of cultural events and the people there look educated.  You're not too far from Phoenix, either.  I tell Mike that Prescott would be a great place to live in our retirement years.  And most importantly... they have a Ross. 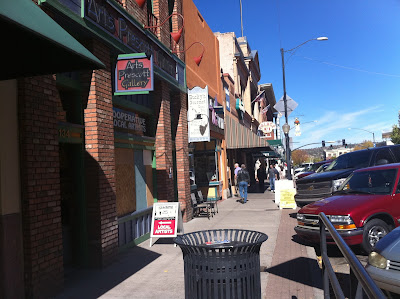 Bandon, Oregon.  Bandon is a very small and picturesque town on the sea.  I've been to Bandon only once, back in 2008, and the whole time I was developing a mental strategy on what it would take to move there.  It may be a little too small and isolated for me, though. I flew into Eugene, about two hours away, and being so far from a decent sized airport is definitely a pain in the ass--I know that from living in Laramie and Cedar City.  Plus, there would be no place for me to do comedy and I didn't see a Ross.  Nonetheless, this would be a great place to give small-town life a try while I write my next book.  I can't wait to get back. 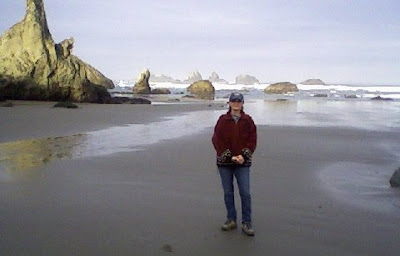 Carlsbad, California.  Just north of San Diego, Carlsbad is another place with a cute downtown walking distance from the ocean.  We stopped here when we took the kids to LEGOLAND and it's on our short list for a return trip, a weekend getaway for just the two of us.  It probably costs a fortune to live there, though, and we're spoiled by the low cost of housing in Las Vegas.  But on the plus side, a Ross can't be too far...

Boise, Idaho.  I've talked about Boise so much, you're probably sick of hearing about it.  As you can tell, I love a cute and vibrant downtown and Boise has one of the best ever.  Plus they have The Flicks, a movie theater with independent films and microbrew beer and wine you can take to your seat.  As a college town, Boise has a ton of culture and eclectic music.  Bands like Sonic Youth and The Decemberists will bypass Vegas, but stop in Boise.  On the down side, it costs a fortune to fly out of there to the East coast and the Mormon culture is a little too prevalent for my taste.  But they definitely have multiple Ross stores. 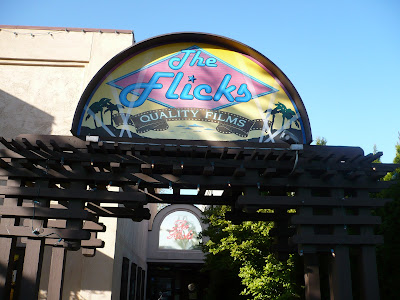 And then there are the places I'd live in a second if it weren't for the damn weather:  Albany, New York; Northampton, Massachusetts; and Portland, Maine.  I've never been to Portland, Oregon, and I bet I'd really like it but that dreariness would make me mental.

How about you?  Where have you visited that made you want to pull up stakes?

Port Townsend, WA: Bookstores (4 in one block), bars, wineries.
Half Moon Bay, CA: (Located at the intersection of Route 101 and the year 1964) Hippies to this day. Unabashed public breast feeding without modesty towels, food co-ops, tie dyed cottons, communes all over the place, ten dollar a month gyms, free theater, crash pad list.
Santa Cruz, CA: Nightclubs, 8 breweries, local agricultural focus in local restaurants, no cover charges, college town.
Point Reyes, CA: Some of those hippies got rich and still run great restaurants.
Bolinas, CA: Only city in California without any highway signs pointing to it. Residents come out and tear them down. When Caltrans painted the city name on the pavement of a nearby highway, the residents came out with a bulldozer and tore up a quarter mile of pavement on a major highway and left it like that. Population consists of hippies who fled San Francisco in the sixties. Its still legal to live in tree houses there.
Salinas, CA: Unique coastal climate brought inland by geography. Great wine country.

Wow--thanks for the tips! Looks like you're quite familiar with that area. I have been to Santa Cruz, but just for an hour or so. It looked cool, and now that I know it has eight breweries, you know I want to go back!

One of my all time fav films "Nobody's Fool" w/Rosanna Arquette & Eric Roberts was filmed in Prescott. A true delight that awaits you at the video store/Netflicks - you won't be disappointed. What a romantic, inspiring place!

Thanks--I'll have to check that out. Rosanna was my first husband's ultimate celebrity crush!

Thanks, Anon. Beth Henley--say no more! It's in my queue on Netflix--luckily, it's one of the few movies they have available for streaming. Desert Hearts looks good, too, but it's DVD only and I got rid of that when they upped the rates.

I would love to live in Sonoma, CA. When I visited last summer I really loved the place--people were friendly and unpretentious. The landscape is lovely and the weather is perfect--and only being a little more than an hour from San Francisco is pretty great too. Of course, that there is also amazing wine coming from there is even better. ;)

I also think I could spend a long period of time living in certain areas of Italy, but I am not sure if I would want to live there forever.

The first time I came to Key West, I knew I wanted to live here. And here I am.

well,having just returned from New England and visiting five states (Mass., Vermont, New Hampshire, Maine and Rhode Island ... I LOVED Concord, Mass. LOVED Newport, Rhode Island. It was wonderful ... no Mexicans and everyone spoke English! Sorry, I shouldn't say that since I am a Mexican ... but i think you know what I mean. Would love to live in Napa or Taos, NM, or Colorado. But of course, one must be super wealthy to afford to live in the beautiful areas I've visited. so unfortunately for me, I'm stuck in the the hood here in L.A.