What am I going to do when I get home from work tonight?

My mother and Lori came on Wednesday, February 17, and then Lori’s husband, Russ, and my brother, Steven, got here last Wednesday--literally passing Lori in the air. The boys leave this afternoon and so tonight will be the first night in two weeks that I’ll have to myself. No show tonight, no nothin’.

Don’t get me wrong, I’m not complaining. I love having visitors, but man, I tend to eat and drink a lot more when people come to town. I had about four pieces of pizza Sunday night at Metro Pizza. (Real good, Linda.) Here are Russ and Steven hamming it up. 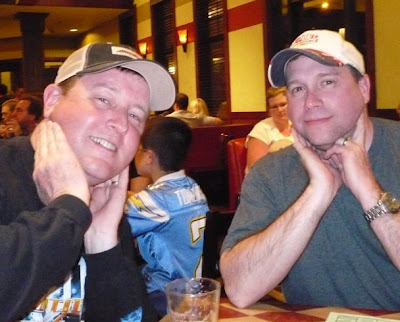 You know Russ from previous posts, especially this one about his and Lori’s 20th anniversary surprise, but I don’t talk about Steven much, do I? OMG, he is the cutest, funniest, most awesome bro on earth! (He sent me flowers for my opening night—how sweet is that?) Steve’s 9 years younger than I am and is the only brother with four sisters. Guys who have a lot of sisters are the best; I think they turn out nicely when they’ve grown up surrounded by all that female energy. Do you agree? 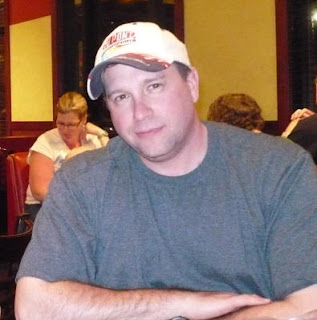 Is he adorable or what?

Russ’ brother, Rob, and his wife, Liz were also in town last weekend and they all caught my show Saturday night. Fortunately, it was a good one—I’d say even better than last Friday. (I’m still feeling shitty about Thursday night, though. Gotta shake it.) Anyway, here I am with Liz. The last time I saw her was at Lori and Russ’ wedding. She's nice as hell. 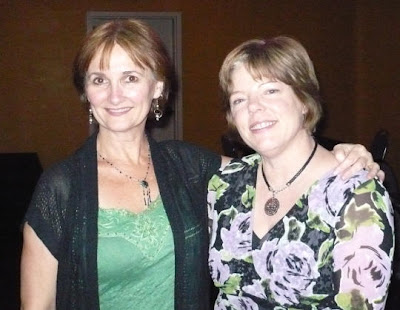 Mike met up with us after my show and we all went to Boulder Station for my all-time favorite classic rock tribute band, Yellow Brick Road. I had a few beers that night, and while the boys were at the NASCAR race on Sunday, I had myself a little “couch day” complete with a glorious nap. And as luck would have it, Saturday Night Fever was on. Oh, yeah.

I’m still friggin’ beat, though. I’ve been going, going, going for two straight weeks. So what am I doing tonight? In the words of Edwin Starr, “Absolutely nothing.” (Who gets that?)

P.S. As promised, here’s a YouTube link to a video Lori took during my show when she was here. Don’t worry—the whole show isn’t just me reading from Bastard Husband, and I’ve been adding more of my stand-up material lately. I don’t have a good video of that stuff yet, though. I’ll post it when I do.

Oh dammit, I can't wait to get out there! I'm so psyched to see your show!

Family time is the best! And yay for a clip from your show :) that's awesome!

I love the picture of you and Liz. I wish I could have stayed to see them but...I think I was there long enough!!!

Oh, I forgot: War, UUHH Good God Y'all, What is it good for...Absolutely Nothing!

Say it again... It ain't nothing but a heartbreaker... Friend only to the undertaker...

I knew you'd get that, Lori!

@ Julie: Wouldn't you know, Steven is married. And very happily!

Your brother is adorable!

My brother was surrounded by three of us girls. HA! He's a great dad and a good husband. Those always seem to make the best kind.