Back to Vegas tonight, but at least I made it here

I'm having such a great time in Albany! I'd say I hate to leave today, but I do miss the sunshine and I'll be back in another couple of weeks, anyway.

I almost didn't make it here. As I told you in Saturday's post, Mike got me to the airport on Thanksgiving morning with plenty of time to spare. And by "time to spare," I mean time to make new friends in my favorite bar in boarding area C, which is exactly what I did. 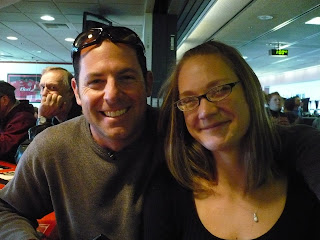 That's Mattie and Chad. They were a blast! I met Mattie first; she sat on the barstool next to me. She came from Texas and was on her way to Reno, and we instantly bonded when I gave her a knowing look after overhearing her say that after a weekend with her family, she'd be ready for detox. Then Chad came along and it was officially became a party. Chad was also on a layover from Texas, on his way to Park City to spend Thanksgiving weekend skiing with friends.

I can honestly say that Chad is the first guy I've ever met who's a "hail chaser," meaning he fixes hail damage on people's cars after they've been pummeled by little rocks of ice. He works for three months at a time in exciting parts of the country that get massive amounts of hail, areas like Stillwater, Oklahoma, and Roswell, New Mexico. (Yes, he has been to the UFO museum--I asked.) And then--and this is the best part--every year he gets three months off during "no hail" season. Sounds good to me!

Anyway, the three of us had the best time chatting away, and if we all weren't intent on getting to our destinations, we could have stayed there forever. I pictured us making an independent film, "Lost Weekend in McCarran," where we eat and drink at the bar and wash our hair in the bathroom sink, all the while revealing to each other our deepest, darkest secrets. I think I'm onto something with that.

Anyway, Chad was the first to leave for his gate, and I dutifully watched the clock and said good-bye to Mattie a full half hour before my 2:00 departure. But then I looked at the Departures board and saw my flight was delayed until 2:15. Excellent--I had time for one last pee and also had time to go back for a second celebrity rag. At 1:50 (a full 25 minutes before my flight), I headed to my gate, figuring I'd get in line with the rest of the passengers with "A" seat tickets. But as I approached the C-11 boarding area, I saw it was... empty.

Freaking out a bit, I started running toward the ticket woman, who asked, "Are you Linda? We've been waiting for you."

I was like, "WHAT? The sign said we were delayed until 2:15" and she was like, "Oh, yeah, the departure boards have been wrong today" and I wanted to say, "You gotta be f*cking kidding me," but I was so grateful that she took my ticket and let me on the plane because if she said some bullshit like, "Sorry, we can't let anyone board 10 minutes before the flight" I would have gone friggin' ballistic.

So yeah, even though I got a coveted A seat the night before and arrived at the airport 2 hours early, I was still the last person on the goddamn plane. And the best part is, because it was Thanksgiving Day, the plane was less than half full and I had the whole row to myself, which I love. They also gave out free drinks, so I sipped my Bailey's on ice and once again toasted the perfection of the universe.

As you saw in Saturday's post, Lori and Connor picked me up at the airport and I've been having a fantastic time here. Saturday night was Lori's 50th birthday party, and Sunday was my Albany book launch for Bastard Husband. I'll write up the details and post some pictures on Thursday. But today is actually the big day for my sister. It's hard to believe she's 50! 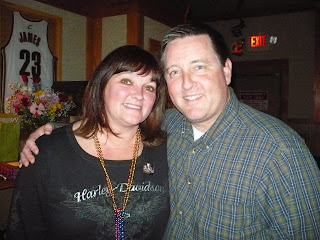 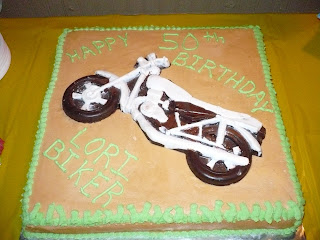 I will never be a person who has an adventure in an airport! I'm the girl who sits in the chairs right at the gate for an hour before departure so fearful of missing her flight:) I must strive to be more like you. Much more fun.

Welcome home! My ex is out there right now, want me to hook you up? He could give you enough material in one evening for Bastard Husband, The Sequel!!!!!

I looked up "people magnet" in the dictionary and there was a picture of you! I think you attract fun people wherever you go because you are so FUN. I would have felt sorry for the chick at the boarding gate if she would have told you you could not board :)

I love the movie idea - laughing out loud at the idea of you washing your hair in the sink!!
Lori does not look 50!! How great that you were there for her birthday!!