Mental talk and then some cute pictures (I think so anyway)

I have some pictures I want to show you, but first, remember last week when I wrote about what if you could kill somebody and get away with it? Well, I totally would have used my Get Out of Jail Free card on the guy sitting next to me on the plane coming back to Vegas on Tuesday night. I had a brief layover in Chicago, and it was the Chicago-to-Vegas leg of the trip where I thought I might go postal, and of course, it had to be a packed flight.

You know me--I'm easily annoyed, right? Well, this big guy had to plop himself in the middle seat next to me and not 10 seconds later he starts snoring. What's worse, he must have had some kind of respiratory problem because I am not kidding, for three f*cking hours I had to listen to the sound of snot gurgling through his sinus cavity. Between him and the bratty asshole A.D.D. kid in the row across from me, I thought I would lose my freakin' mind.

So now that I got that out, I will transition from Bitch Woman to Annoying Granny but who cares because look at this adorable picture of my angelic grandson, Connor. 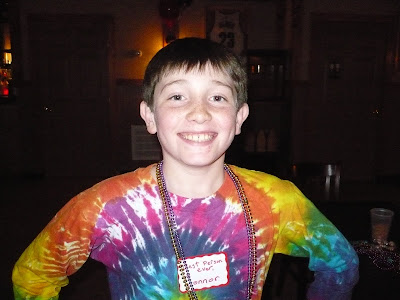 OMG, I could eat him up! We had some excellent bonding time this trip--he had fun helping me figure out the goddamn electronic controls of the Toyota Prius I rented and one night I turned him on to the cinematic masterpiece, What About Bob?

Here's what my pregnant daughter is looking like these days. 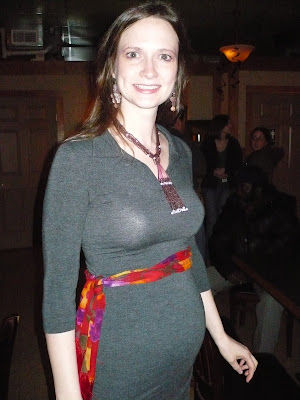 She's gained only 12 pounds so far (due in mid-April), and is skinny to begin with. Courtney's lookin' good, huh?

Here's my son Christopher and his girlfriend, Ketti. They are so adorable together. 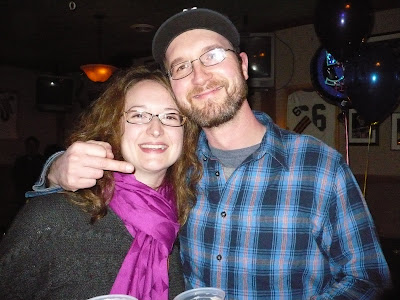 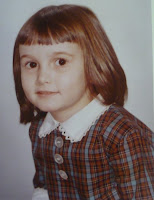 All those pictures were taken Saturday night at Lori's 50th party, which was very fun. Then Sunday night I had my book release party. I had a great turnout, but I got my hair cut the day before and wouldn't you know, it was like I was back in elementary school when my mother would cut my bangs the night before picture day and every school photo looked like this. (My kindergarten picture--don't I look like Connor?)

So here I am at age 52 and I still have gay-ass bangs. 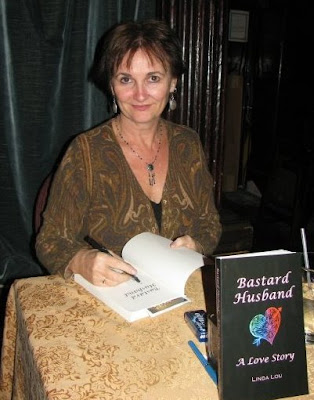 Anyway, I had a really nice trip and it wasn't hard saying good-bye to everyone because I'll be going back on Christmas Eve. That'll be a long visit, too--until New Year's Day. In the meantime, I'm happy to be in the Vegas sunshine.

Thanks for bearing with me. I am pretty mental, huh?

I like your gay ass bangs... In fact, I'm thinking about getting my own.

Glad you got to spend some quality time with that grandbaby, he's sooo adorable!!

You look great with bangs! Courtney looks fabulous, and Christopher undoubtedly takes after his mama as well!

I just love that you use the term "gay ass" I use it all the time. I thought I made it up. hee hee

Connor looks EXACTLY like you. And I was thinking that before i saw your school picture.

I wonder of the too short kinda crooked bangs were in style. Because I had the same exact ones from age 5 through 10!

And thanks, Josie--I love to hear that Connor looks like me. Though I'm sure he'd be mortified.

You all look fabulous!

omg...I would have went crazy on that airplane...I know I would have..

Oh, yeah, Gayle--I was insane. And it takes so little to set me off anyway...

I got a wild whim three weeks ago and cut my own bangs. Yours look way better than mine! At least we can cover them up easily and they grow out face. Beautiful family! Your daughter is gorgeous and your grandson is precious.

Oh I feel so bad for you sitting next to Booger Guy (I said the word you hate!). Your hair looks great in that picture. Courtney and Conner pics are wonderful!