You know who Louis CK is, right? He’s one of my favorite comics. I’ve seen him a couple of times here in Vegas and I think he’s just fantastic. He has a bit about standing in line at the bank and at the post office where he looks at everyone and seethes with hatred for them. Funny as hell. 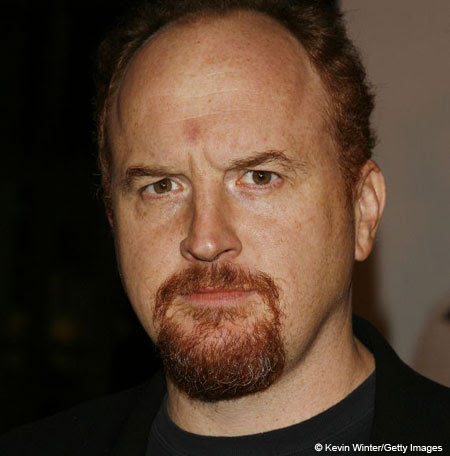 Yesterday I had my own Louis CK moment at the post office. The woman in front of me had a crumpled little piece of paper, made a half-hearted effort to look for a trash can, and then tossed it on the counter where they keep all the change of address and overseas declaration forms. Like it's okay to throw crap wherever you want.

Normally I would have said, “Hey, pick that up, you lazy bitch!” but because it’s Christmas, I kept my mouth shut and stood there hating her in silence. The line was kind of long, so I had a good 20 minutes to mentally rip her apart, and her gay-ass jeans with the stupid flowers on them. Then I started thinking about other people I hate, especially those PIGS who flick their cigarettes out their car window, or worse, dump the whole freakin’ ashtray.

But I also hate those idiots ahead of me in line at the supermarket who end up buying only five things, which they had to put in a grocery cart, but now that the cashier has rung everything up, they decide, “Hey, it’s only five things—I don’t need a cart anymore. I’ll walk away like I never saw the f*cking thing even though I’ve been pushing it around for the past half hour. Yep, I’ll just leave it for that nice looking girl behind me to deal with.”

Well let me tell you how this nice looking girl deals with it: I give it a good shove so the cart bangs into the back of their ankle. Christmas or not.

That said, if you knew me in real life, you would think I’m really nice. Because I know you don’t like lazy or stupid or cigarette-flickin’ slobs, either. I know you don’t.

Oh man, I call people out at grocery stores all the time. Especially if they're in front of me in the express line with too many items.

But my favorite thing to do is call people out in the public restrooms in casinos.

Seriously--that makes me feel all warm and fuzzy inside when I do that.

I always honk at people who throw cigarette butts out the window. Drives me freaking CRAZY!!!! (she said, smiling sweetly)

I agree!! I agree!! Maybe we should start telling this stupid people what do do since that didn't learn it when they were little.
I hate it when I go to a National Park and kids and parents are doing what ever the want and are not suppose to do....I say something and my husband about dies in embarresment..but who cares..I think my New Years resolution is to be more vocal...

@ Mikey: Good for you! People who leave the bathroom without washing their hands... disgusting!

@ Debbie: You're always sweet. (But I still love you.)

@ Gayle: No kidding--parents that don't keep their kids in line. I have a friend who would say, "Behead them!"

@ Moon: Thank you! We're on the same page about a lot of things!

I had one of those cart people in front of me just hours ago! He was also a dufus because he was buying all this junk food and blaming it on the "crazy girlfriend back home who needs this stuff twice a month". When he was gone the cashier and I discussed what an idiot he was for telling us that even if it was true which it probably was not. He left his stupid cart right there as if it were MY job to move it.

Don't even get me started about butts out the window.

Ohhh. I told some stupid prick off yesterday at Wal Mart. He was in the self check out (which by the way reads: 20 ITEMS OR LESS) and he had about 3 things to purchase along with TWENTY FIVE F*CKING CHRISTMAS CARDS. Yes, 25--I counted them as he scanned each one individually. Rat bastard, I hope he got a flat tire on his way home.

Thank you for the Christmas Card! That was such a nice surprise, and I'm thrilled that mine was the 2nd copy of BH that you sold. How cool is that!

Wishing you a peaceful and happy 2010. Merry Christmas!

You'd have to live here to fully realize the shear volume of selfish, lazy, ignorant people. I've been all over the country and have never seen anything like it. Las Vegas takes the cake.

To comment on the cigarette butt thing, I use to live in the front range area of the Rocky Mountains. People simply don't do that there, including Denver. I hadn't seen anyone throw their cigarette butt out the window of a car since I was kid, back east, in the 70's.

The worst are the people that hang their smoldering butts out the window (because apparently they don't want the inside of their car or their clothes to smell), take a puff, blow the smoke out the window, and then just drop it on the ground when they're done.

Don't get me wrong, smoking really doesn't bother me like it does some people (I find those people kind of annoying actually - people that are always whining about cigarette smoke, that is). I'd rather not have you blow it in my face while I'm eating, but other than that, it really doesn't bother me. It’s just the act of throwing the butts on the ground that bothers me. It's that whole littering thing...wtf, you know?


As far as the washing your hands after going to the bathroom, I have a friend that says in retaliation to guys like Mikey, "I didn't piss on my hands, why should I wash them?" and then he quickly snaps, "If I have to wash my hands after touching my dick, then I've got some real problems."

I do wash, btw, but I chuckle sometimes while doing it, thinking of my friend.

I'm just so glad you're feeling that Christmas spirit, honey. :-)

I followed a car that had a big red 911 painted on the back that had thrown a cigarette out his window. Followed him directly in a Hooters parking lot and outed him when he got out of his car in front of the his passenger.... They were from a nearby town driving an emergency vehicle that probably shows up at some of our forest fires here in the area... could not believe the idiot and had no qualms about yelling at him. IDIOT.